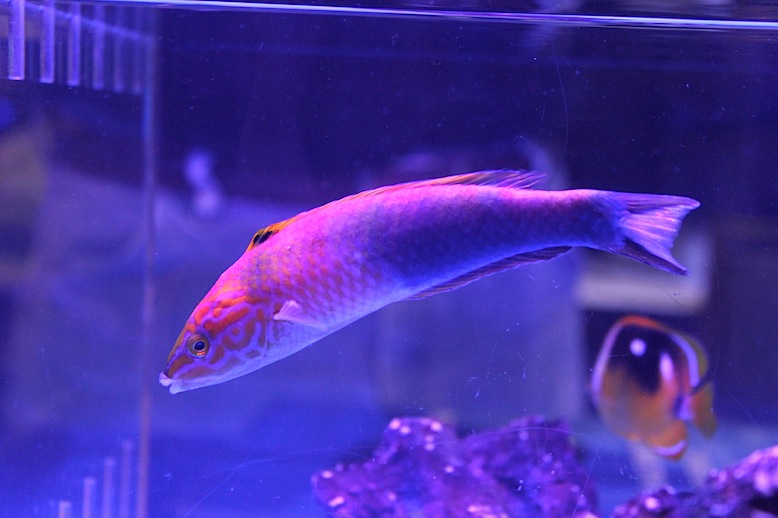 How, as a vendor, do you make a big splash at a massive aquarium show like MACNA? How about bringing an extremely rare Polynesian Sunset Wrasse (Pseudojuloides atavai), of which there are only three in captivity and only one in the US? Well, that’s exactly what Pacific East Aquaculture did, and that gem of a fish is such a gorgeous specimen. We even heard that the fish seriously caught the attention of Chingchai, whose world famous aquarium is full of extraordinarily rare fish.

The Atavai wrasse has a sticker price of $1200, which consider its rarity, is basically spot on if not a little on the low side. This rare wrasse is accompanied by a few other rare fish at the Pacific East booth, including a Flame Tail Hawkfish and some stunning Scott’s Fairy Wrasses 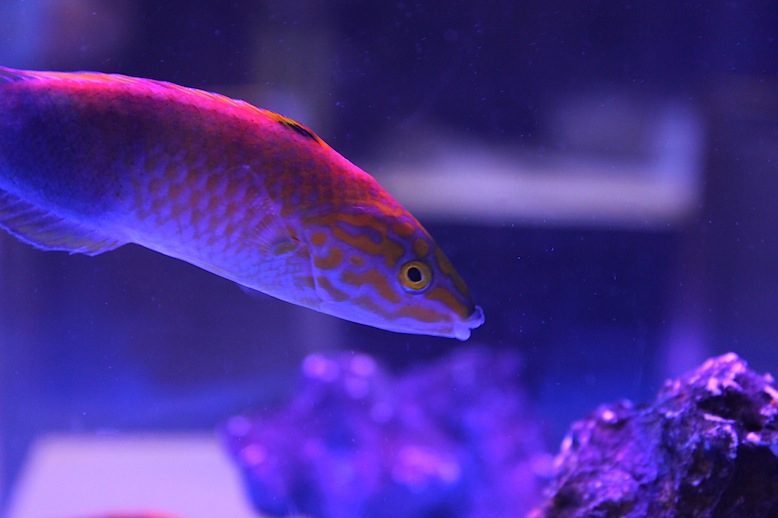