Trending
You are at:Home»Aquarium Livestock»Picture of the Week, Checkerboard Wrasse 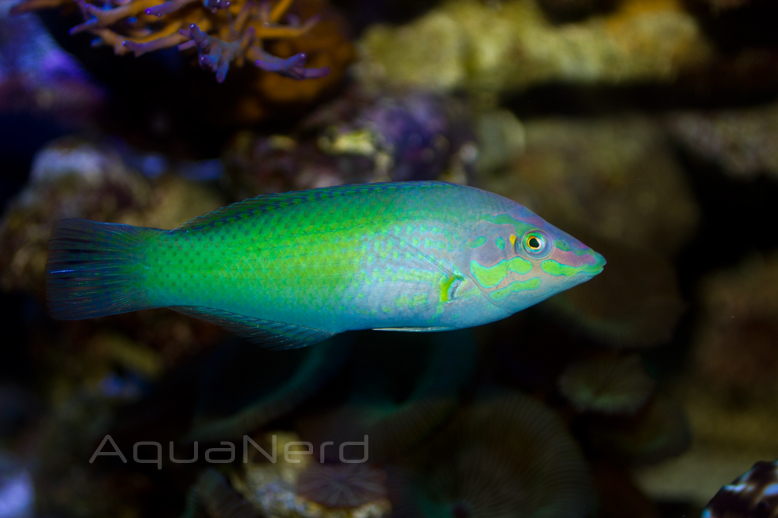 If you’re looking for a cool, semi-reef safe wrasse that would be a great pest hunter, then look no further than the checkerboard wrasse (Halichoeres hortulanus). This fish comes in a variety of colors depending on its natural habitat, with the body colors being various shades of green (as shown above) or more white. While the green color is common for the anterior-most portion of the fish, the body color is what varies the most. In either case, the common features are found in the patterns that adorn the head and body. The face features red markings that usually carry on past its pectoral fin. This pattern eventually gives way to the checkerboard design for which the fish is named.

One thing to consider with this fish is its size. While most reef safe wrasses are small, this one grows to be quite large, threatening that reef safe label the larger it grows. The checkerboard wrasse grows to almost a foot long, with small crustaceans obviously being high up on the menu.