Trending
You are at:Home»Aquarium Livestock»Picture of the Week, Green Hammer Coral 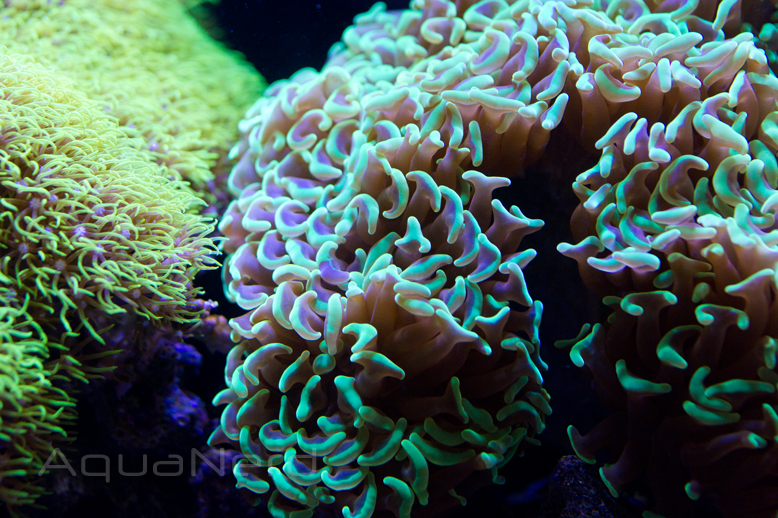 Stop, it’s hammer time. Cheesy throwbacks to the 80s aside, the hammer coral is a staple in many reef tanks much like MC Hammer’s song was a permanent fixture in many a Sony Walkman. Getting past all of this nostalgia, hammer corals offer the best of both worlds for corals. On one hand, they have a hard skeleton, but on the other they are adorned with flowy, fleshy tissue that draws in those seeking a little more movement in the water. Soft corals are popular for this reason, but they often release metabolic byproducts into the water that inhibit hard coral growth, but that’s for another article.

This particular specimen can be seen here saying high to its neighbor, a large colony of green star polyps. Typically, these sorts of meetups are of the friendly, neighborly type. Oftentimes, the corals will fight each other by stinging one another with feeding tentacles or just overgrowing them. And while the hammer coral, or any Euphyllid for that matter, might seem like the obvious powerhouse out of the two, never underestimate the killing ability of the green star polyps. I’ve lost many corals to these seemingly harmless corals.