Trending
You are at:Home»Aquarium Equipment»JBJ LED Nano Seen in the Wild 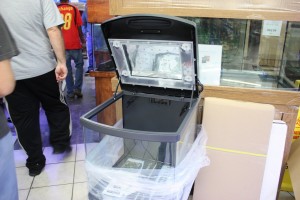 I’ve had the distinct privilege of getting to play with the brand new JBJ LED Nano Cube aquarium this weekend, and I must say that I was quite impressed with the new lighting scheme. The aquarium is based on the standard 28-gallon JBJ Nano Cube, with the only real change being the lights. The hood is well ventilated and the lights put out a nice mix of blue and white color. The filtration scheme is the same as in the JBJ 28-gallon metal halide system, and still includes the Ocean Pulse wavemaker and removable media tray for using carbon or other media.

This new Nano Cube features twenty-five 3 watt 14K LEDs for daytime viewing, four 3 watt actinic/466nm LEDs for dawn and dusk effects, and two 1 watt moon light LEDs. The total wattage for the lighting system is 89 watts and the bulbs have a lifespan of about 50,000 hours. And according to JBJ, the 89-watt high-intensity LED system provides comparable PAR output to that of their 150 watt HQI canopy system that adorns other 28-gallon Nano Cubes, which is quite impressive. And don’t forget, with LED lighting you can get the same shimmer effect that you would with metal halides.

See plenty of pictures of this exciting new nano aquarium below. 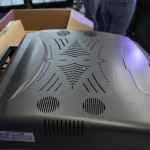 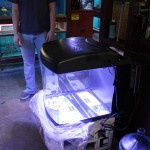 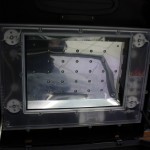 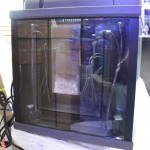 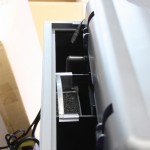 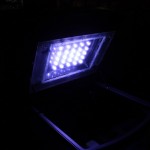 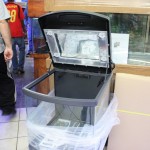 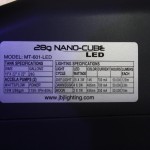 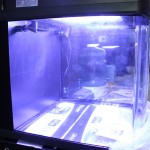