Trending
You are at:Home»News»The See-Through Goldfish 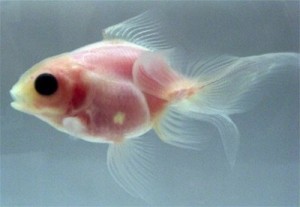 Japanese researchers have created a see-through goldfish. The fish isn’t completely clear, but the fish’s heart can be seen through the translucent tissue. What purpose do they serve? In Japan, the dissection of animals has become controversial. So to get around this, the researchers have gone way outside the box to bring us transparent animals. Yes, the fish isn’t the only transparent organism created by Japanese scientists. A few years back they developed a see-through frog. 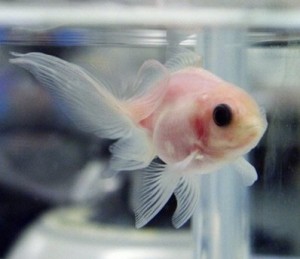 Not only is the goldfish see-through, but they will apparently live for 20 years, growing up to 10 inches and approximately 5 pounds. This size makes it even more advantageous for former dissectors to see the internal organs. And even though the skin isn’t clear like a piece of glass, the heart, brain, and other organs can very easily be seen. This would eliminate any need to dissect the fish, and might also be advantageous to students as they can see the organs functioning.

The see-through goldfish was derived by picking mutant goldfish with pale skin and breeding them. The following generations of goldfish became more and more transparent until the desired opacity was achieved.