I have never been a fan of large retail chain stores that specialize in pet supplies and livestock. My frustration, anger, and disgust is mostly pointed at Petco, but a recent trip to Walmart has really redirected those feelings. I apologize in advance for the poor quality cell phone images. 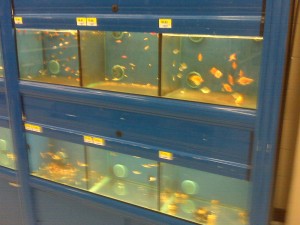 In short, I was in Walmart purchasing some things and happened to walk by their aquarium setup. The scene was horrific. Not only was there fish food covering the bottom of every single aquarium in the system, but dead fish were scattered about. And I’m not just talking a freshly dead fish. These were the bony remains of dozens of fish. Some of these casualties were fresh, and there were various degrees of decay. Despite all of the rotting bodies, each of the tiny aquariums were packed full of fish. There were at least 20-30 fish per aquarium, and some tanks had aquatic frogs and crabs.

After my jaw-dropping experience, I then realized that Walmart fish tanks don’t ever go without illumination. Most Walmart stores are “Supercenters” and are open 24/7. I’ve been in various Walmart stores at various times, and every time I went in the aquarium lights were on. Of course this kind of lighting doesn’t even remotely resemble natural settings, so this is also an issue I have.

So, if you’re looking for another large retail chain to boycott, I suggest Walmart. As soon as I get done sharing my disgust with you, I will be emailing them, asking them to quite carrying livestock altogether. 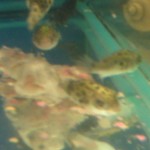 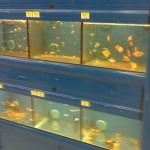 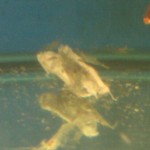 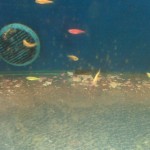 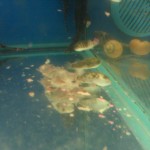