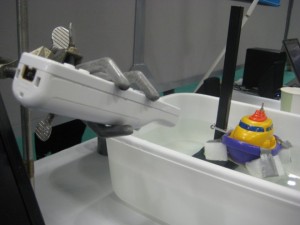 The Wiimote, the controller for the popular Nintendo Wii, may have more uses than just directing animated video game characters.

Hydrologist Willem Luxemburg, of Delft University of Technology in the Netherlands, turned a Wiimote into a water-level sensor. Mr. Luxemburg attached an LED light to a floating plastic boat and the Wiimote can easily track its movement. The IR camera within the Wiimote can track up to four LEDs. And with the proper hacking and programming of the controller, it can provide tremendously valuable data from whatever it’s used to study. The Wiimote is highly accurate according to researchers, and able to send real-time data wirelessly to a laptop. 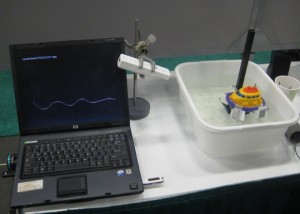 Wiimote Water Level Sensor In Use

This discovering will obviously open up more worlds for both the Wiimote and aquarists who battle with evaporation.