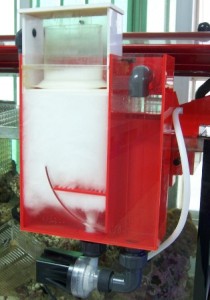 CoralVue is releasing a new lineup of Super Reef Octopus Hang on Back (HOB) protein skimmers. Like their other Super Reef Octopus skimmer, the HOB skimmers will feature the Bubble Blaster pumps, bubble diffusing plates, and a sleek new look. The new HOB skimmers will come in two models, the LX-2000 (pictured) and the LX-1000. The LX-2000 will have an externally mounted Bubble Blaster located underneath the skimmer, while the LX-100o will have an internal pump. 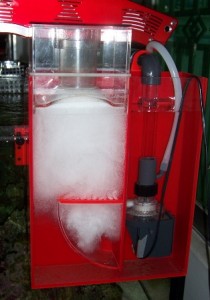 There’s not a whole lot of information regarding pricing, tank ratings, or power consumption at the moment, but as those details leak, we’ll be sure to update. The only thing circulating at the moment is the slight bit of product info described above, a pair of pictures on the CoralVue homepage, and a “Coming Soon” announcement also on their homepage.