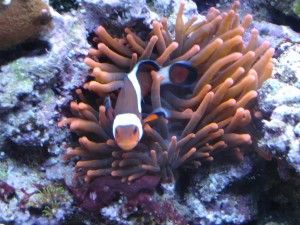 The short version: Yes, an anemone can sting you.

We house various types of anemones in our home aquariums. The most common of which is the bubble tip anemone Entacmaea quadricolor. Other anemones like the long tentacle and carpet anemones are also kept, but the species of the anemone is useless for this conversation. Anemones possess stinging cells called nematocysts. As soon as a fish, invertebrate, or careless hand grazes the surface of an anemone, thousands of these stinging cells pierce the victim’s outer coverings. For most fish, this is life threatening, but for humans it usually goes unnoticed…or at the very least it just appears that the anemone is sticking to you. 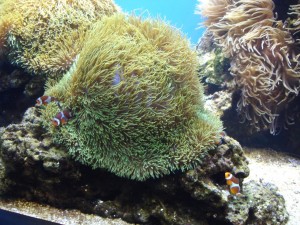 Most physical encounters with anemones usually end without pain. Heck, most aquarium keepers play with their anemones to some extent or even hand feed them. When first introducing an anemone to an aquarium, you have to handle it somehow. I prefer to invert the bag it came in and use the bag as a glove in order to prevent any stinging possibilities. But precaution isn’t always taken.

Before the anemone has had a chance to settle into its new environment, it probably will not sting. It is stressed from the ordeal and will be seeking a comfortable spot in the tank to settle in. But once established, the anemone can inflict some damage. 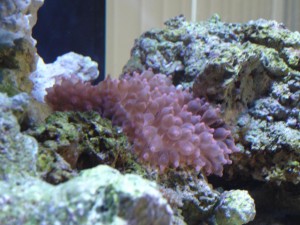 A friend of mine was recently cleaning his tank and in doing so, he brushed up against his bubble tip anemone. This is something that happens regularly, but the outcome was far different this time around. The aquarist immediately felt a burning sensation in his hand…one he’ll not soon forget. It turns out that the individual had a cut on his hand. Normally the anemones can’t penetrate deep enough into our skin to cause pain, but open wounds expose lower layers of our integument. But cuts and open wounds don’t necessarily have to exist to be stung.

Another hobbyist I know suffered from a bad sting from a Haddoni carpet anemone. He was hand feeding his anemone as usual, but this time the anemone stung him, and badly. The sting even tore the skin to some extent, further causing pain. 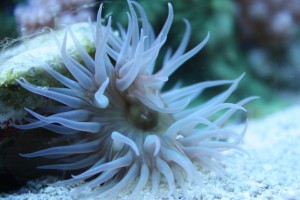 The moral to the story is that anemones can sting you and it might be a random occurrence. I’ve never been stung by an anemone, but if it’s anything like a fire coral or a jellyfish sting, I certainly don’t want any part of it. So, wear protective gear when handling potentially dangerous animals, unless of course you don’t mind the occasional sting.