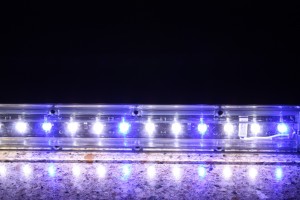 Continuing on with our review of Ecoxotic LED products, we turn our attention to the Panorama Module. We had previously unwrapped the Panorama Module for a brief hands on, but like with our Stunner Strips, we drug out the Apogee PAR meter to do some actual testing.

We used the same aquarium and PAR meter for this test that we did with our Stunner Strip tests. The tank is a small, cube-shaped nano aquarium measuring approximately 17″L x 17″W x 17″H. The Panorama Module sat approximately 3″ off the surface of the water. The PAR numbers were higher than those of the Stunner Strips, all the while using almost half the energy. This is most likely due to the reflector built into the module, coupled with individually brighter LEDs. As mentioned in our original review of the Panorama Module, this light only uses 13 watts of energy, which is far less than T5HO or metal halide setup.

At the very bottom of the aquarium, approximately 18″ from the light source, the PAR readings ranged from 36 PPFD (photosynthetic photon flux density) to 38 PPFD. This is slightly less than the Stunner Strips which ranged from 49 – 51 PPFD at this depth. 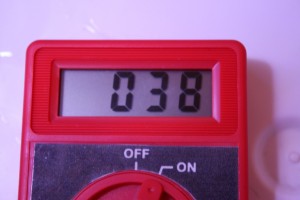 Approximately 6 inches off of the bottom, or about 12″ from the light source, we measured 57 – 60 PPFD. This is about 10 PPFD less than the Stunner Strips at the same location in the tank. 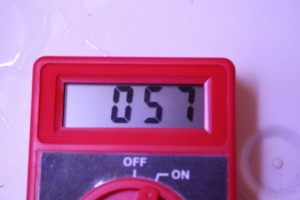 Our third measurement was a bit surprising. We moved up in the water column to position the meter at approximately seven inches up from the light and we saw a jump to 100+ PPFD. At this depth, the Stunner Strips had only achieved 86 PPFD. 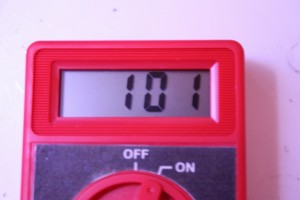 At the water’s surface, the PAR was at its highest, peaking at 161 PPFD. This was a huge increase over the 105 PPFD achieved by the Stunner Strips. 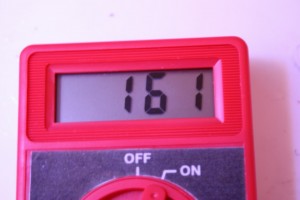 The numbers for the Panorama Module were definitely impressive for the top half of the aquarium. The light illuminates the entire sand bed of the test aquarium, but I would recommend using two of these modules over a tank this size. When initially gathering all of the results from these tests, I decided to view PAR output data others collected from different types of light fixtures. When comparing the Panorama Module’s PAR output with other popular lighting systems (more specifically T5HO and metal halides), the Panorama Module obviously puts out less. But keep in mind that one module uses only 13 watts when compared to a 4-bulb T5HO light fixture which uses almost 100 watts, or a metal halide that uses either 150 or 250 watts.