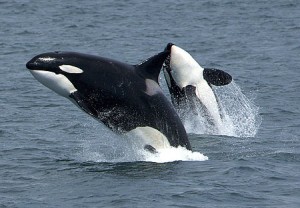 Today at SeaWorld in Orlando, one of the world famous Killer Whales attacked a female trainer and killed her. The whale, nicknamed “Tilly”, apparently grabbed the trainer and tossed her around for several minutes, shortly before drowning her. The whale also has a controversial past. It was involved in a prior incident at the park and was blamed for the 1991 drowning of another trainer. In 1999, a naked homeless man was found laying across the back of the whale. The unidentified man had bite marks and torn swimming trunks.

Shamu shows across the nation have been canceled for today, but are expected to resume very soon.

There still no reason given for the cause of the attack, but one thing’s for sure, these are wild animals with killer instincts.  These animals are used for entertainment, and the occasional educational, purposes, but we discover animals every day that attack their keepers. Our condolences go out to the family of the trainer, as she was following her dreams and shares a similar education as me.

See the original story at The Los Angeles Times,