Recently, a good friend and fellow marine biologist found an interesting hitch hiker in with one of the Holothuroid cucumbers he had recently imported. Don, from FragsandMore, was bagging up the Florida sand sifting sea cucumber and noticed a very thin fish in the bag as well. Recalling pictures and videos he had seen, he immediately knew the fish came from within the cucumber. Called the Pearlfish, this interesting fish inhabits the anal cavities of sea cucumbers. They can either be commensal, ie the relationship neither benefits or harms the host, or parasitic. Parasitic pearlfish typically live in the anus of the cucumber and eat the gonads. Pictures of the actual specimen can be seen below.

This fish hasn’t been identified as either a commensal or parasitic species. The pictures are not very clear and information on these fish isn’t exactly widespread, but my suspicions lie with this fish being the parasitic type. And as far as I know, this is one of the few times these fish have been seen in the aquarium community. 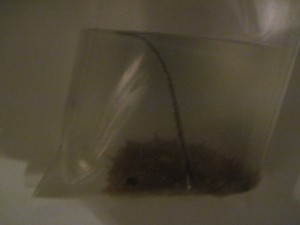 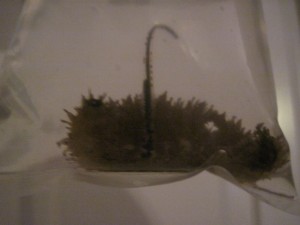