Trending
You are at:Home»Aquarium Equipment»Hands on With the Koralia Evolution 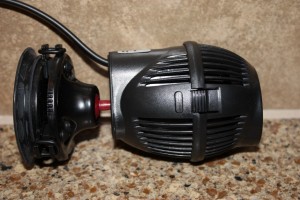 After several weeks since its release, we’ve finally gotten our hands on a Koralia Evolution pump. This model of pumps has only been available to hobbyists for a short time, but as with the release of the first generation of Koralias, the new Evolution series is very popular. Aquarium forums are burning up with chatter of the Koralia Evolution powerheads and aquarists are quickly adding them to their systems.

At first sight, the Koralia Evolutions are noticeably smaller than previous generations of Koralias. The exception of  course is with the Koralia Koralia 1 powerheads, which is smaller than the smallest Evolution pump. Additionally, the new powerheads put out more flow and use less energy than previous models. This is achieved by using a new impeller design, which puts out a wide and gentle flow. The new impeller is also shaft-less, and has been designed to not make the “clickity click click” sound when the pump starts up or is used on a wavemaker. 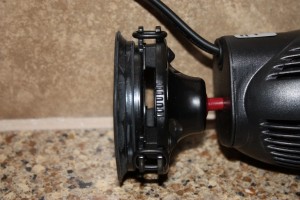 Aesthetically, other than size, Hydor has made several modifications. The suction cup was updated to include a set of silencing rubber feet in between the pump and the magnet/suction cup mounting system. Earlier Koralias weren’t loud in my opinion, but these are even more quiet. The pump is connected to the suction cup/magnet mount with a trio of rubber O-rings, which slide right over the tabs (pictured above). This might lead to a little more maintenance on the pump, but I’m sure it will be a rare occurrence to replace the O-rings. 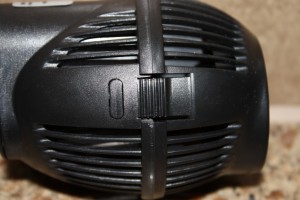 Another modification is the way the pump housing comes together. In previous models, the front of the pump (or the outlet side) was a little difficult to reattach one it was removed. It involved lining up pins and grooves, and twisting the pump together. This sometimes led to plastic pieces breaking, hence the change in design. The new pump ditches the twisting requirement, instead employing snap-in connectors, making disassembling and maintenance a breeze. The last modification to discuss, and this is more minor in my opinion, is the outlet of the pump. The old outwardly projecting frame has been replaced by a flat, space-saving structure. 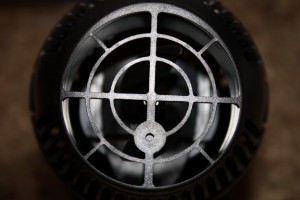 Overall the modifications to the Koralia pumps have made the Evolutions a lot more attractive to the powerhead crowd. The extremely low energy use, along with the increase in water flow and cheap prices really make these pumps desirable for most aquarium keepers.