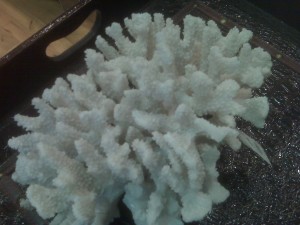 I was out and about with the wife today and we came across several stores selling, what appeared to be, dead corals and invertebrates. Dead coral skeletons, starfish, snails, and giant clams are very popular decor items and can be found in a lot of different stores across the world. I saw the skeletons and shells and was immediately turned off. But I began to look at them further and realized that they were fake…and very good fakes at that. I picked up various starfish and corals and inspected them very thoroughly. I had a hard time determining their authenticity, but after long inspection I found a few tell tale signs they were in fact fake. It not only surprised me that they were fake, but I was extremely relieved that all of these stores carrying tons of “dead livestock” were only selling look-a-likes. So, I applaud those stores for not using real starfish for potpourri and real seahorses for container decor. 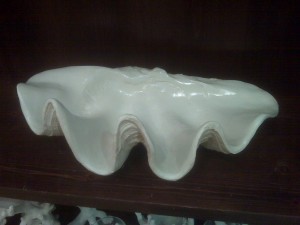 I wish I had a list of stores for you, but unfortunately I forgot the names of them. But do keep in mind when shopping for home decor that you can find fake saltwater invertebrates and corals with which to decorate. You don’t have to use dead livestock anymore.