Sometimes a fish outgrows an aquarium. Occasionally our livestock becomes too difficult to care for. When this occurs, and it will, you shouldn’t return the fish to the ocean. No matter how easy it would be, returning a fish to the ocean is a very bad thing. Non-native species can negatively impact a local ecosystem to a great extent. Even returning a specimen that you caught locally can be just as harmful under the right circumstances. 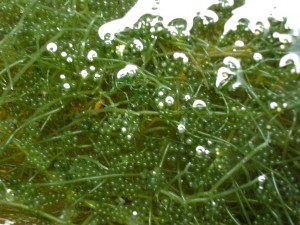 Non-native species can wreak havoc on a local ecosystem. If you have doubts to this, just ask the scientists and divers that frequent the Caribbean. Non-native lionfish were accidentally released into the waters off the coast of Florida and have since taken over. These fish have no predator in this part of the world and eat almost everything in sight. Another example of a dangerous non-native species is Caulerpa. Caulerpa is a macroalgae that is very popular among aquarium keepers. It is used to removed excess nutrients from the water and grows very quickly. It does well in multiple different environments, making it very dangerous to the various ocean habitats it has found its way into. In California, where owning Caulerpa has become illegal, this macroalgae blankets the sea floor, choking out native corals and plant life. By releasing a non-native specimen into local waters, you can very quickly negatively impact that ecosystem. 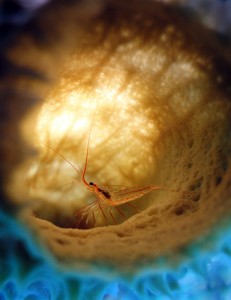 Non-native livestock isn’t the only dangerous livestock to be released back into the wild. Locally caught fish and invertebrates are very common in coastal cities. Houston, for example, is close to Galveston Bay. And in Galveston Bay, you can catch a wide variety of fish and invertebrates that are suitable for the home aquarium. Peppermint shrimp are abundant on the jetties along the beaches and are very common in the aquarium trade. Local hobbyists frequently catch these shrimp and various fish and put them in their aquariums. Once in the aquarium, the livestock is immediately exposed to various pathogens and parasites. If released back into the wild, the invertebrate or fish may take a foreign parasite along with it.

I doubt the impact of releasing a local specimen back into its native habitat would be too great, especially given the fact that there are tons of pollutants being introduced every day. Additionally, ships unload thousands of gallons of ballast water, which could contain more non-native species and even parasites or diseases. But, just because these things happen, doesn’t mean we should add to the issue any. There is still a chance of making a huge negative impact on the local ecosystem and we should always remain mindful of our actions and their consequences.