Trending
You are at:Home»Aquarium Livestock»New Octopus Species and Venom Discovered 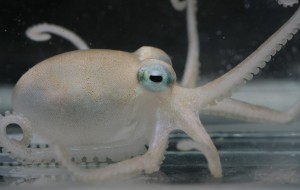 I am a huge fan of cephalopods. In fact, a lot of my school research was based on them. So it should come as no surprise that I would find the following story interesting. According to an article from Discovery News, scientists in Antarctica have recently found four new species of Octopus and two types of cephalopod venom. Both the new species and venom were discovered in the frigid waters of Antarctica. The intriguing part of the venom is that it stays stable at sub-zero temperatures. The venom, which is enzyme-based, is affected by temperature. Usually, enzymes work better at warmer temperatures, up to a certain point of course. It was shocking to the researchers that the Antarctic ocotpuses could maintain a stable venom at these low temperatures, and researchers hope the venom will lead to the development of new drugs to help battle pain, allergies, and even cancer. The research team traveled for weeks, collecting 203 individual octopusus, genetically profiling each on so as to properly identify it down to the species level. Additionally, venom was collected from each specimen and analyzed.