Trending
You are at:Home»Aquarium Livestock»San Francisco Considering the Ban on Pet Sales 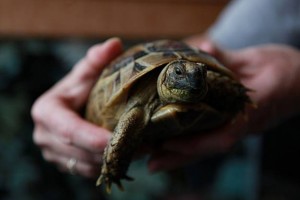 According to SFGate.com, the San Francisco’s Commission of Animal Control and Welfare is considering a ban on selling pets. This ban will include virtually every type of pet typically sold to the general public. Fortunately though, the ban excludes the sale of fish. I’m not exactly sure why fish are excluded (the article fails to point it out), but after reading a statement from Commission Chairwoman Sally Stephens, I don’t feel like this exemption will last for long. Ms. Stephens stated that people buy small animals typically on impulse and don’t know what they’re getting into. After the pet owner loses interest, the animals end up at a shelter or are euthanized.

Fish could very easily be included in this list. Most first-time fish owners make the same mistakes as other types of pet owners. They rush through things searching for instant gratification and end up killing their livestock and either repeating the mistake, or just get out of the hobby altogether.

The commission hasn’t yet made a ruling, as they are awaiting the input of store owners. But if they do rule in opposition to pet ownership, hundreds of pets stores could be forced to shut down and thousands of jobs could be lost. I am in favor of enforcing personal responsibility, especially in the pet industry, but sometimes it goes too far. Feel free to chime in below and let us know what you think.