Trending
You are at:Home»Aquarium Equipment»Are Salt Brands All the Same? 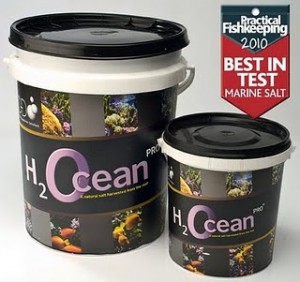 I found myself in a discussion among a group of saltwater aquarium keepers and a local fish store owner, and the topic was salt. Someone brought up the question, “Isn’t salt just that, salt?”. The topic eventually boiled down to whether or not expensive salts were better than the less expensive brands. The general consensus among this particular group was no, the more expensive brands of salt were not better. While every salt varies in the types and concentrations of different elements they contain, most salts are generally very similar in their chemical makeup. I, along with the local fish store owner, sort of had a different take on it. The thing we both noticed lacking in the more inexpensive brands is consistency. 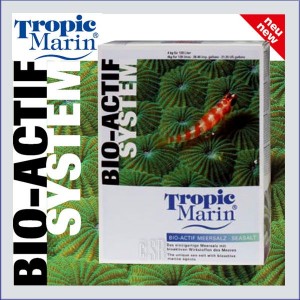 From personal experience, I can’t emphasize that enough, I have found that cheaper salts vary much more greatly from one batch to the next than some of the higher end salts. This focuses mainly on the calcium and alkalinity levels, but another factor is cloudiness. I’m not suggesting the more expensive brands are perfect, but they are generally more consistent. I’ve never noticed significant differences in coral growth or polyp extension from one salt to the next, as no salt contains any magic ingredients. But the $100 per bucket salts typically dissolve faster and remain clearer during the mixing process. Again, this is all from personal experience and is very subjective. I’m sure other people could report this the other way. 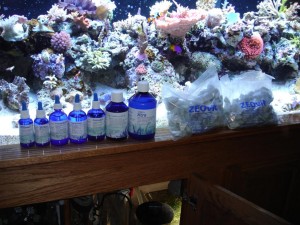 The one area that I absolutely recommend going with the higher end salt is when using the ZEOvit system. ZEOvit is a dosing regimen that reduces nitrates and phosphates, but also adds amino acids and other additives to boost your corals coloration and the overall health and stability of the aquarium. This setup requires an alkalinity level near natural levels, or around 7 dKH. I’ve used salt brands with higher alkalinity when dosing ZEOvit products and I didn’t see the desired results until I switched to Reefer’s Best salt. This salt doesn’t try to increase calcium and alkalinity like a lot of salts. Instead, it tries to mimic the concentrations found on the reef. Using this salt, I really saw a positive impact on the tank when dosing ZEOvit, as the corals responded better to the additives. Despite my successes though, I halted the use of ZEOvit and switched back to a cheaper salt. The ZEOvit system was too expensive to maintain at the rate I was dosing and I decided to go another route.

All this being said, if you dose additives to your tank to elevate calcium, alkalinity, and magnesium, the consistency of the salt or the concentration of various elements in the salt may not matter. I still prefer a salt with elevated levels of these elements, but I also dose each and test their levels regularly. For the general aquarium keeper though, most salts are too similar to each other to be treated differently.