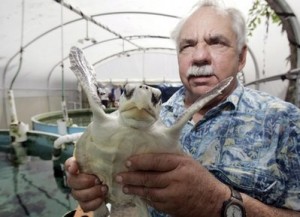 Some people don’t think too much about the massive oil spill the Gulf of Mexico has recently had to endure. And there are others who take it to the other extreme and do what Florida biologist/naturalist Jack Rudloe is planning. Rudloe is fearful of the effects the oil spill will have on the animal life in the gulf. He is launching “Operation Noah’s Ark”, which will consist of a 4-acre facility designed to hold thousands of animals, spanning 350 different species. His facility will house sharks, crabs, starfish, and many more. 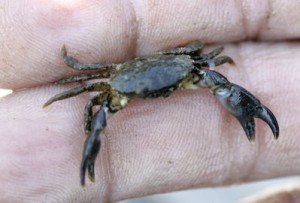 Stone Crab from Gulf of Mexico

Additionally, he will try to recreate the various natural habitats found in the gulf, such as seagrass beds and others. Rudloe will even try to mimic tidal movements in his setups. Saltwater in these systems will come straight from the gulf, as it is the simplest and cheapest method to obtain saltwater even though oil has been found in the waters near his facility. Rudloe is hoping a filter system installed on the pipeline that pulls water from the gulf will catch any oil before it enters the facility. 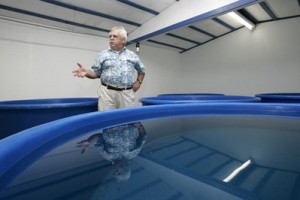 The $1.2 million (estimated) project will require funding from admission fees, memberships and donations from the 18,000+ visitors that visit the facility annually. However, additional money flow will have to come from outside sources. Rudloe also hopes to receive a little help from BP in financing this venture (good luck!), but has received various donations from other sources.

The original story can be found on Yahoo! News. Photographs courtesy of the Associated Press.