Trending
You are at:Home»Aquarium Livestock»Two Zoa Color Morphs on One Polyp 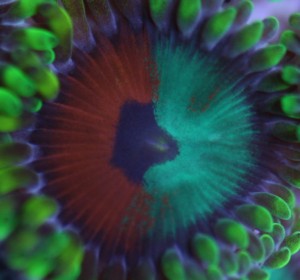 Zoanthids and Palythoas are some of the most beautiful and easy to care for corals. They grow very quickly in the reef aquarium and are easily propagated. Most colonies will eventually grow together, forming a border of two different colored polyps. The results are usually nothing too exciting, but every once in a while something different happens. A few lucky reefkeepers in recent years have discovered that when their colonies grow together, the polyps from each colony don’t just form a border, but some actually take on colors from neighboring polyps. 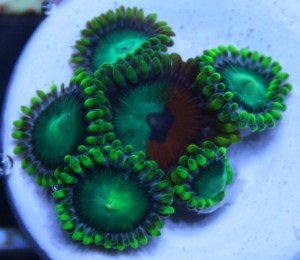 I recently came across a ReefCentral member whose Eagle Eye (aka Watermelon) Zoanthid colony grew into a neighboring colony of Radioactive Dragon Eyes. A few polyps that grew on the border began to exhibit coloration of both Zoas. The resulting Two-Faced zoa morphs were fragged in an attempt to grow a set of these unique beauties. However, the resulting offspring reverted back to their original coloration. The color morph was not carried by later generations.

Continue reading below for more pictures of these gorgeous Zoanthid morphs. 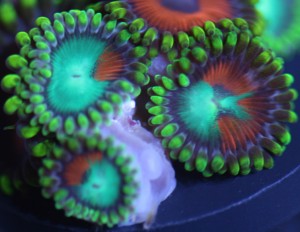 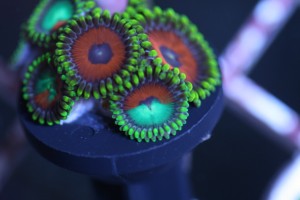 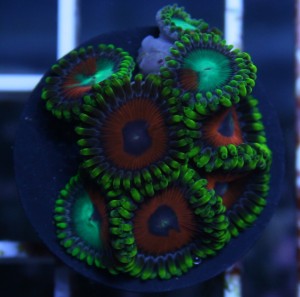