The following is the first article from our newest contributor Chris Salls. Chris is a saltwater hobbyist of several years and he’s decided to join our community in order to help spread the knowledge he has gained and experiences he faced. 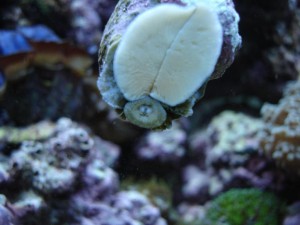 If you think back to when you first started in the hobby, or are just starting a new tank, you probably have your tank bought, bright lights, a good filter, a protein skimmer, your live rock and you’ve been dreaming of all the new corals and fish you’re going to be stocking. But wait! There is one more thing you almost forgot…the cleaning crew.

The cleaning crew is often overlooked in planning a reef or any other aquarium. These janitors are not “pretty”. Sure there are a few exceptions, mostly the shrimp, but the vast majority of crabs, snails and other bottom feeders are successful in the wild because they stay out of sight and therefore off the menu. But they serve a very important function in a closed system. So why do we need a cleaning crew, what animals make up a cleaning crew, which ones should you get, and when do you put them in the aquarium? 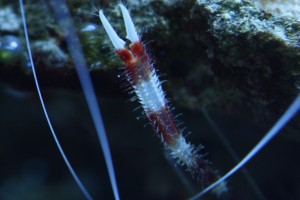 You need a cleaning crew because detritus, dead organic matter, builds up in a closed system. The fish food you put in gets excreted by the fish, and some food gets missed during the feeding process. Fish also lose skin cells and corals constantly produce waste and shed small amounts of slime. If allowed to sit, it will slowly deteriorate your water quality. Hopefully, you have a superior filtration system and water movement to remove most of it. Yes, you can do frequent water changes, but you cannot remove all of the detritus.

There is also the dreaded algae. Red, brown, and filamentous algae, to name a few, all look to establish themselves in a closed system. The excess detritus only worsens an algae problem. 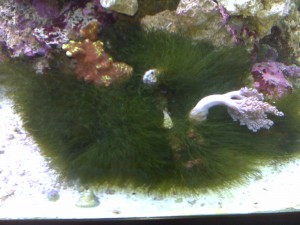 There are some common players on the cleaning crew. Snails, crabs and shrimp are the easiest to find and purchase. But there are some others that not only serve their cleaning purpose, but can actually be part of the “show”. These include sea stars, sea cucumbers, sea slugs and sea hares. There are even nudibranches, but they serve very specific roles and are usually expensive, hard to find (hence being expensive) and die fairly easily.

The base of any cleaning crew rides, albeit slowly, on the back of the snails. Astraea tecta and Turbo castanea are probably the two most popular marine aquarium snails. These two species eat most algae and graze on both the live rock and the glass. The Cerith (Cerithium) and Nassarius (Nassarius vibex) snails do a good job on detritus and tend to stay in the sand, which helps maintain adequate oxygen levels in your substrate. A good cleaning crew will have several different species of snails so that you get both detritus and algae consumed and out of your aquarium.

Crabs play more of a scavenger role. They are the best at getting to uneaten food and tend to pick at detritus and some algae. The dwarf blue leg, red tip, and zebra hermits are readily available and do a good job with algae. If you’re having a bubble algae problem, the Emerald crab can be your new best friend. There is also the slightly larger Electric Blue crab that feeds on algae. On a personal note, I have never had much luck with these guys. They went through my snail population fairly quickly and left plenty of uneaten algae. I provided plenty of shells but they seemed to enjoy the escargot. There is also the Sally Lightfoot and Scarlet Reef. However, they may be harder to find at your local fish store. The downside to crabs is that some of them are indiscriminate scavengers and if there is a lack of food, they may turn on your snails or even small fish. 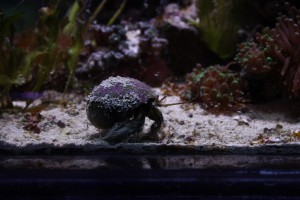 Hermit Crab Roaming on the Sand

Most reef shrimp are scavengers in the wild and tend to do the same in the aquarium. The Coral Banded and Pacific Cleaner shrimp do extra duty to clean parasites and dead skin from fish. Peppermint shrimp will eat Aiptasia if the anemones are small enough, usually less than one inch. Fire shrimp are quite nice to look at, but tend to hide in the rock work most of the time.

If you are just setting up a new tank you will need to wait for the tank to cycle before adding any of your cleanup crew. Most of the snails are sensitive to ammonia and high nitrate levels, so you do not want to introduce them during the cycle process. Once the cycle is completed, there is a fair amount of die-off that has occurred. After a good water change and before the die-off has much of a chance to degrade your water quality, you will want a cleaning crew to start your tank off in the right direction. You may want to add half of the cleaning crew at first then slowly over the course of a few months, build up your invertebrate population. There is a large amount of online information on how many cleaners you ought to have in an aquarium, none of which has come to consensus. 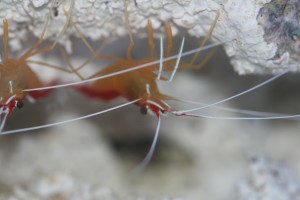 I hope this helps you with your planning of a good cleaning crew. This should be a good start and get you going in the right direction.