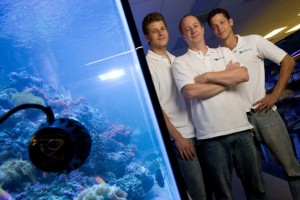 The guys at EcoTech Marine, the manufacturer of the extremely popular VorTech pumps, have been featured in a very recent Newsweek article entitled “College Kid to Millionaire”. The article highlights how EcoTech came into existence, indicating that the company originated as part of a college-sponsored project about seven years ago. The project later received funding to make the dream a reality, eventually leading to arguably the most innovated aquarium pump in the aquarium industry. The reason for EcoTech’s recognition in the article comes from the company’s recent achievement of being named one of Inc.’s 500 fastest-growing companies. Last year alone, the company generated almost $4 million dollars in revenue.