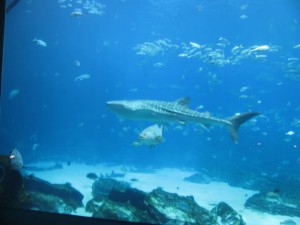 I was recalling a few statements I’ve recently heard regarding public aquariums being better than home reef aquariums, and I wanted to address them here. While most public aquariums are better than the average home aquarium because they are staffed with professional biologists and individuals fully capable of properly caring for livestock, not all of them are better than a hobbyist’s tank. On top of that, many hobbyists are what you could consider extreme. They load their tanks with every piece of equipment imaginable, house super exotic fish and corals, and virtually dedicate their lives to their hobby. These aquarium keepers aren’t typical of course, but their dedication and knowledge far surpasses that of employees at many public aquariums. 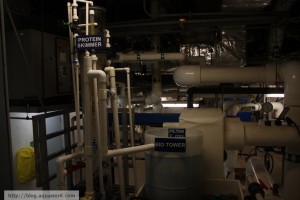 The first thing to keep in mind is that not all public aquariums are perfect. For starters, the fact that someone is a marine biologist who has studied fish, reef ecosystems, or anything else related to the ocean, doesn’t make them more capable of handling an enclosed system. Only a handful of schools teach aquarium husbandry, and not too many biologists specialize in this area. On top of that, experience trumps formal education almost every time. Yes, most of the biologists at large aquariums do get some type of training, but this training is basically the same your average hobbyists could receive simply by researching and working on their own private systems. 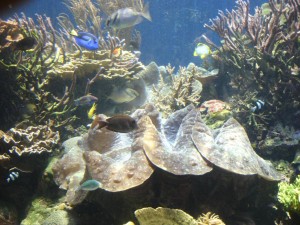 Another aspect to consider is the less than optimal conditions animals are subjected to in the public aquarium. Maintaining optimum water quality can be cost prohibitive, especially on large-scale systems. For example, keeping a 50,000 gallon aquarium at a salinity of 35ppt (or around a specific gravity of 1.026) is very expensive. To help alleviate the cost, public aquariums keep their salinity much lower. The livestock in the aquarium is acclimated to these levels of course, but they are not the ideal conditions. I’m not implying that personal aquariums are perfect, but as least with the average hobbyist tank the ideal water parameters are not purposefully avoided. This ideology also applies to various equipment and their upkeep. Light bulbs are stretched farther than their recommended lifetime and media may run in a filter long after it has been exhausted, all in an effort to stretch funding.

Large public aquariums also rely on dated technology at times. Some facilities use bio-balls and even crushed oyster shells for media filtration. There are far more advanced forms of filtration, but newer technology comes with a price. A smaller home aquarium is much more capable of updating older equipment and adapting to trends. The equipment for a smaller system costs significantly less and takes a lot less effort to implement. 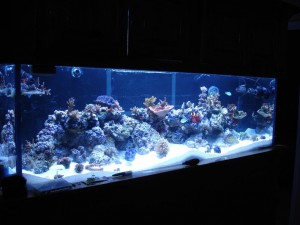 Lastly, the massive aquariums at zoos and other facilities aren’t immune to disaster. They may be better suited to deal with hurricanes, power outages, and human error, but each of these can cause massive death in any aquarium despite appropriate preparations being made. In contrast to a hobbyist’s tank, the potential for livestock death is much greater in a massive public tank. And since much larger fish are being housed, they can cause quite a bit more damage in the event something happens. Case in point, a mishap with an ozone generator at a local public aquarium lead to the die off of several sharks and countless other fish. At another local facility, Hurricane Ike decimated the aquariums. Generators were put in place shortly after the power went out, but because the fish in these systems were much larger (think large sharks and groupers) and the aquariums were overcrowded, few dying fish lead to almost total livestock loss. In the average home aquarium, a small dead or dying fish can be easily removed and will have a much smaller impact on the total health of the system.

All this being said, no aquarium is perfect. Every facility, both public and private, will experience some loss of life and will never maintain ideal conditions 100% of the time.