Trending
You are at:Home»Aquarium Livestock»New Species Discovered in Coral Triangle 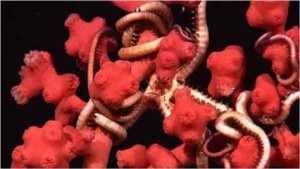 According to a recent story posted on MSN, over 50 new species of aquatic animals have been discovered in an area called the “Coral Triangle”. The Coral Triangle is so called because it is a region where currents from the Pacific and Indian Oceans converge with Indonesia’s Sulawesi Sea. The mixing of these three areas brings together many different species from Asia, Australia, and Indonesia, which causes an great deal of diversity. In addition the newly discovered animals, scientists believe they have also found 40 new coral species.

The 5-year long expedition was headed by scientists from both Indonesia and the US. These scientists, for the first time, revealed their findings at the 2010 fall meeting at the American Geophysical Union. While discussing the potential new species, the scientists also warned that these newly discovered “species” are currently only being examined via high definition photographs and video. Though the corals and other animals may look different enough to be new species, they haven’t been examined close up and may just be a variation of an already existing species.