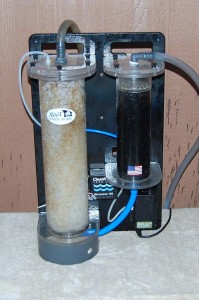 AVAST Marine Works is back at it. The newest addition to their lineup is an ozone reactor that will serve to further bolster the performance of their protein skimmers and the overall health of your aquarium. The entire reactor will be mounted to a board to keep it organized, which itself can be mounted to a wall or some other hard structure. It will also feature a carbon post filter, an ozone generator (for obvious reasons), an air pump, and all of the necessary tubing and check valves required to operate. The reaction chamber of the first unit planned to be released is 4.5″ OD x 18″ tall. It will feature 1/2″ thick flanges and is suitable for aquariums of various sizes depending on the rate of ozone input. It has been tested on a 600-gallon aquarium with positive results. AVAST recommends using a 500-600 gph feed pump, as this sized pump will create just enough pressure within the ozone reactor to keep it efficient in its operation.

Information about larger units, an AVAST brand bio-bale media, and more pictures below. 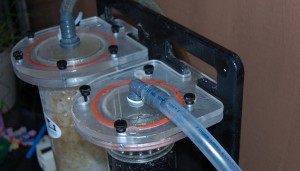 Larger units will also become available down the road. AVAST has already been testing a 14″ OD x 60″ reactor of the same design on a very large greenhouse facility they are also operating. Additionally, the acrylic gurus are releasing their very own version of “bio-bale” media. They claim that you can can cram up to three times more volume of media into the same space as other manufacturers’ media. The result of this new bio-bales is finer droplets entering the reactor, which allows for a greater efficiency and better ozone/gram ratios. 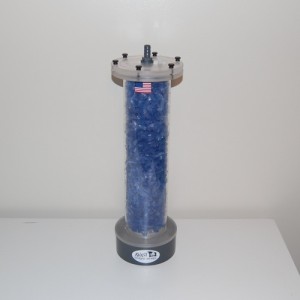 This new AVAST product was first introduced late last year, and has been in the planning and developing process for over two years. Production models will finally become available very soon, with their release expected as early as the first couple weeks of February. Pricing for these reactors hasn’t been released, but expect them in the coming days.