Trending
You are at:Home»News»Millions of Gallons of Raw Sewage Spill into Pacific 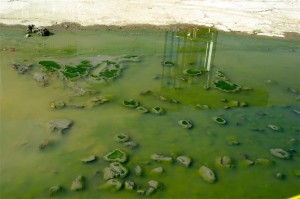 On December 23rd, a large sewage pipe ruptured, spewing sewage water throughout a Tijuana neighborhood and into the Pacific Ocean. The massive leak released between 31 and 40 million of gallons of green and brown sewage into the ocean, which is predicted to move north with the currents. The spill could even reach as far north as San Diego if it is not appropriately handled in time.

The Municipal Wastewater Services Agency of Tijuana is supposed to handle these types of disasters. However, a change in administration has caused severe gaps in communication and maintenance, which have led to this massive disaster that officials aren’t prepared to fix.