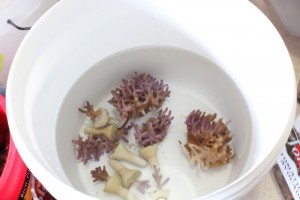 This past weekend, the Marine Aquarium and Reef Society of Houston held their first frag swap of 2011. Hot on the heels of NextWave, the MARHSreef swap was obviously not as big as an event, but it provided another outlet for aquarium hobbyists to toss more money at their hobby. The AquaNerd crew was in attendance, as this is our local club after all, and the event left us pondering a few things…mainly about frags of course. The event was held in a restaurant, which isn’t the place you’d expect to see a frag swap. The food was good, but the space was cramped, so I have mixed emotions about the event in its entirety.

A few hobbyists and hobbyists turned businessman were in attendance selling frags, while far more impatiently waited their turn in line to pick up a coral or two (or several). One gentleman, a hobbyists who’s been at it for quite some time, showed up with monster frags. Really, these were mini colonies. Some of the corals he considered frags were over 6-7″ long. To make things better, he was selling them for very little. His approach was that of thinning out his overgrowing colonies and passing on the corals to the next hobbyist, not fragging his ultra-rare half inch limited edition piece to recoup what he spent on it. In addition to extremely low prices, this hobbyist was giving away quite a bit of stuff for free! He donated Chaetomorpha and several frags that others were selling for $20-40 per. Granted the freebie frags weren’t of the greatest condition, you can’t beat free right? After thinking about this approach the rest of the day and all day Sunday, I realized how much respect I have for this take on the hobby. It’s not a money game for the hobbyist described above, rather pure enjoyment. And I think this approach has been all but abandoned in the hobby as it is today. I realized many businesses have to make money, but as hobbyists should we really be charging the prices we do for the corals we have? Just a thought. I’ll quit blathering for now so you can see some pictures (see gallery below). 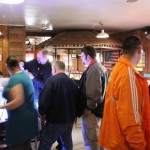 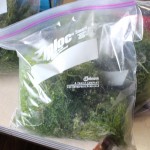 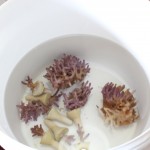 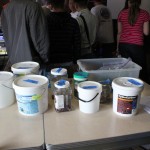 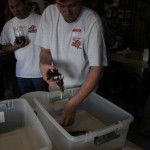 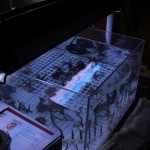 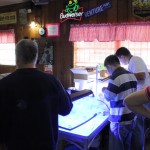