Trending
You are at:Home»Aquarium Equipment»LED Module Comparison, Vertex vs ReefBrite vs Current USA 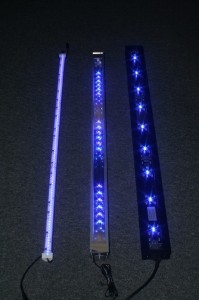 The crew at Premium Aquatics has thrown together a great LED module comparison over on their ReefCentral forum, with the comparison focusing on three popular products. The Vertex Illumilux Blue, CurrentUSA True Lumen Pro, and ReefBrite Blue were all placed side-by-side and given a spec by spec comparison, including pricing, actual power draw, and PAR numbers. After the comparison, Premium Aquatics concluded that all three of the modules were very comparable in the quality of the building materials. However, they chose the Vertex module as having the best “fit and finish”, while emitting the highest PAR values, having the widest spread of light, and adding the most shimmer to the aquarium.

As a potential standalone source of lighting for your aquarium, Premium Aquatics also concluded that both the Vertex and ReefBrite modules would both do well illuminating aquariums up to 24″ tall, but the CurrentUSA LED would be best used over much shallower aquariums.

Keep reading below for the specifications of each module, as well as more images from the comparison. 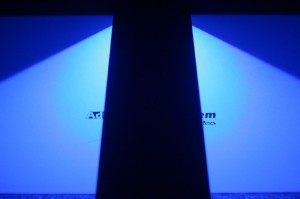