Trending
You are at:Home»Aquarium Livestock»A Closeup Look at Spaghetti Worms 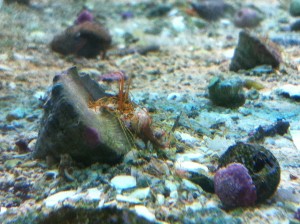 There are many animals that we discover in our aquariums that seem strange, dangerous, and out of this world. Most hobbyists have no idea what these invertebrates are, as they were not intentionally introduced. Instead, these animals hitch hike in on live rock, coral frags, refugium algae, and various other sources. One invertebrate that usually finds its way into the aquariums and forum questions of many aquarium keepers is the spaghetti worm. At first glance, these worms look like bad news. They sends tentacles out in multiple directions, emit a nasty looking mucus, and multiple rather quickly. In fact, it’s not unusual to have a small number of spaghetti worms turn into dozens in just a matter of weeks. Fortunately, spaghetti worms are beneficial hitch hikers that clean the sand and water column of detritus and free floating particles, respectively. They bury their bodies into the sand, only leaving the mouth and tentacles exposed to the water. This allows them to feed, while also remaining protected.. If startled, the worm will quickly retract all of its tentacles and retreat back into the sand until the perceived threat no longer exists. 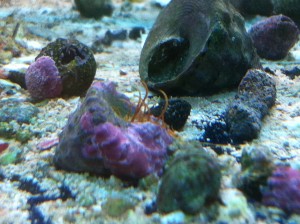 The filaments sent out by spaghetti worms don’t seem to harm nearby corals, unlike Vermetid snails, but seeing them can make any coral keeper uneasy if they aren’t familiar with the snail. A nearby coral may respond to the presence of the tentacles or mucus by closing up, but the corals usually open right back up. If you come across one of these worms in your aquarium, just let them be. These creepy worms do serve a great benefit to the tank and won’t harm anything.