Trending
You are at:Home»Aquarium Livestock»Unusual Wild Caught Clownfish Showing up at Blue Zoo 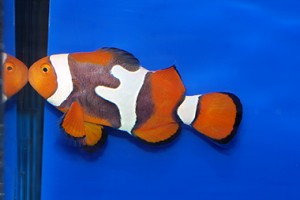 By now, everybody knows that the crazy Picasso and misbar patterns seen in some Amphiprion percula clownfish are actually natural traits, albeit very rare traits, but ones that show up in nature nonetheless. But just in case you didn’t know that fact, Blue Zoo Aquatics has recently released images of several unique, wild-caught A. percula clownfish that were collected in the Solomon Islands. To make things even more interesting, some of the Percula clowns are also of the Onyx variety, meaning they have a significant amount of black coloration between their stripes. Essentially, Blue Zoo is sitting on a Black Onyx Picasso Percula clownfish variant, which is definitely not something you see every day. 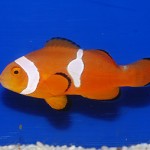 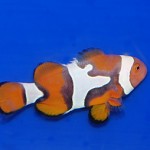 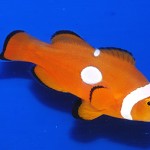 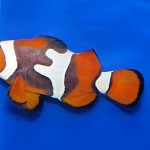 Blue Zoo released the information and images of these unusual clownfish via their regular newsletter, and it just goes to show you that Picassos aren’t a freak of nature or some fiendish act of man to create “designer fish”.