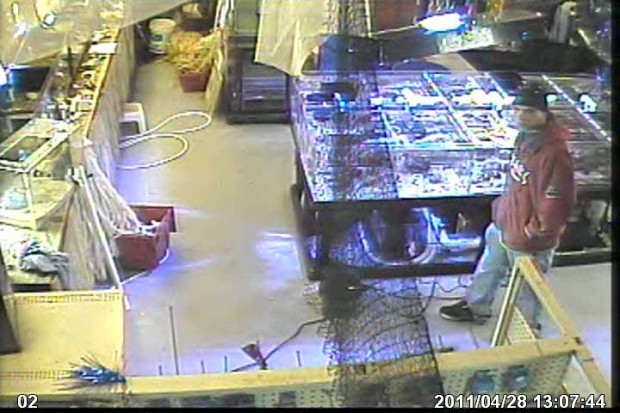 Some terrible news out of Montana. A large aquarium system at Underwater World apparently had bleach dumped into it by an unknown man. The man entered into the store, was very friendly to the store’s owner, and was seen on tape dumping a white powder into the fish tanks once the owner turned his back long enough. The man left after staying just long enough to see if any of the animals he just poisoned were dying. The store owner began to notice the fish and invertebrates dying and reviewed the surveillance footage, calling the police shortly thereafter. According to reports, the white powder is believed to be dry chlorine bleach and it caused the death of 70 rare fish, totaling around $8000. Victims of the chemical onslaught include various fish and invertebrates, some seahorses, and even a nautilus, which happens to be the stores prized possession and most likely some form of a mascot.

According to the owner, this incident will probably put the store out of business. After all, $8000 in livestock is a tough loss to overcome. Hopefully the local community will pull together to help the fish store along during these trying times and hopefully the police will catch the person responsible.