Trending
You are at:Home»Aquarium Livestock»Stunning and Tiny Apricot Bass from Blue Harbor 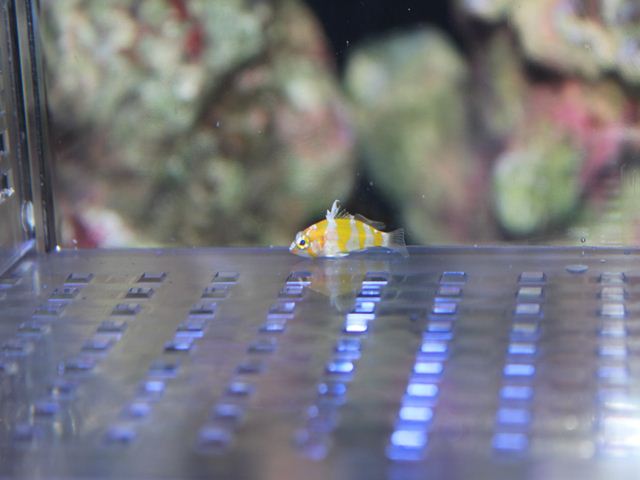 Blue Harbor has been hoarding all of the stunning and extremely rare fish as of late. One of their latest beauties is the Apricot Bass (Plectranthias garrupelus), a tiny little perchlet that is almost completely unknown. Fortunately, there’s a little info on the web, and a lot of the missing details can be inferred from other members of the genus, which include the geometric pygmy perchlet (or incorrectly but commonly referred to as a hawkfish). Both the apricot bass and the geometric pygmy perchlet are actually anthias. Unlike the geometric pygmy perchlet however, the apricot bass is actually native to Atlantic and Caribbean waters, and found at depths exceeding 200 meters. This fish, along with several other recent acquisitions of Blue Harbor, was caught with the help of a submersible.

Blue Harbor was kind enough to shoot a couple of short videos of the apricot bass, both of which are located below.

There’s no telling how much this tiny little perchlet will cost, or who’s going to pony up the dough to land this little guy, but chances are it will go to one lucky Asian reef hobbyist. They do have the tendency of having access to all the rare stuff, and I keep saying time and time again that it’s time to relocate east.