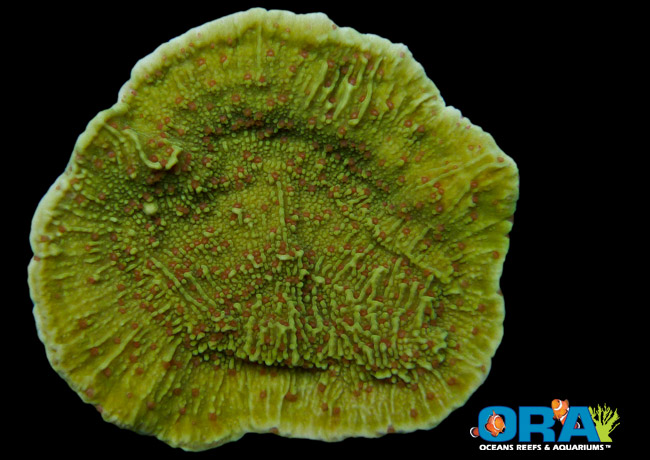 Oceans Reefs and Aquariums has released yet another beautiful aquacultured coral onto the hobby, and this new coral is the ORA Pink Polyp Cap, a Montipora capricornis with a green base and bright pink polyps. This coral is a fast growing one, keeping its plating growth form even as a mature colony, which can’t always be said for typical monti caps. Most montis usually scroll and form layers as they grow, plating out in darker lighting and growing sharply upward under more intense light. ORA does suggest that the green base color of their new Pink Polyp Cap looks best when it’s not lit too brightly.

This particular color for a monti cap isn’t new to the hobby, but it’s certainly a new one for ORA. Similarly colored monti caps have gone by the name Forest Fire Monti, as the polyps look like little patches of fire among a lush green forest, or Chili Pepper Monti, and even Seasons Greeting Monti…though these other green with red polyp montis weren’t of the capricornis variety.