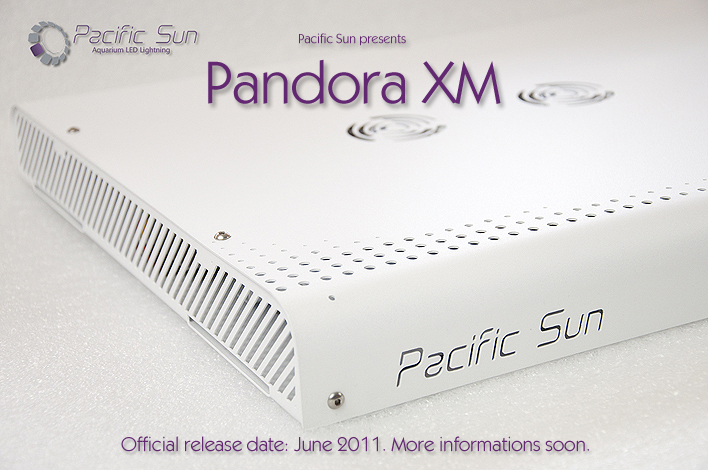 Pacific Sun recently released some information about a new T5HO and LED combo fixture called the Pandora XM. This fixture, which won’t be available until June at the earliest, features three panels crammed full of Cree XM-L LEDs, as well as four 54watt T5HO tubes. Each panel will house a plethora of diodes, consisting of a mix of Cree XM-L full spectrum white LEDs, as well as Cree royal blue Cree XP-E blue diodes. The total power input of the LEDs is a whopping 150watts per panel according to Pacific Sun. As an added bonus, the T5HO lamps are dimmable, and the fixture will also feature the ability to be controlled wirelessly.