Trending
You are at:Home»General»Aquarium Related Infection May Cost One Girl Her Hand 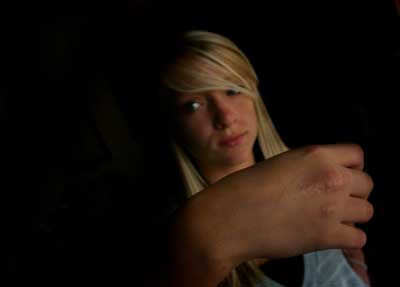 After spending a while in the aquarium hobby, everyone hears those strange stories and rumors about people getting terrible infections from dabbling in their aquariums. The stories are very rare and never get any real attention, especially on a national scale, until now. A young girl from California was tinkering in her family’s freshwater aquarium and got a small cut on her hand. Fearing she’d get in trouble, the girl hid the cut from her mother until it became infected. The hand became swollen and full of puss, and the girl was taken to several doctors to find out what the issue was. Eventually, doctors settled on a culprit…a rare, flesh-eating bacteria Mycobacterium marinum, sometimes referred to as fish tank granuloma. The hand continued to get worse, despite the doctors’ best efforts, and the problem has persisted for a mind-blowing 5 years! And to make it worse, the insanely painful infection is spreading into the bones of her hand, and amputation is a good possibility at this point. Additionally, the infection has forced the young girl to quit sports and extracurricular activities, and has completely altered her life.

My very own experiences with a painful aquarium-related infection can be read about below.

Reading this story reminds me of my own encounter with a painful skin infection caused by a very similar set of circumstances. I was working at a local fish store at the time, and I noticed a small bump on my index finger. I thought it was a small bite that would go away eventually, so I basically ignored it. The finger began to swell, and the finger became very difficult to move. Being a young college kid at the time, I still thought it would go away on its own, so I continued to work through the pain. After several weeks of an immobile finger and starting to notice the inflammation spreading the middle finger on the same hand, I knew it was time to see a doctor. The doctor didn’t know where the infection came from, but after a series of general antibiotics, it eventually subsided. A large amount of puss did ooze out of the wound, and there’s still a small scar on the hand. The event didn’t turn me off to aquariums obviously, but it did leave me with a new found appreciation for gloves.

The original story about the girl and her battle with the infection can be found on ABC News. Images above taken from The Press Enteriprise.