Trending
You are at:Home»Aquarium Livestock»Mutant Scopas Tang From Neptune Marine 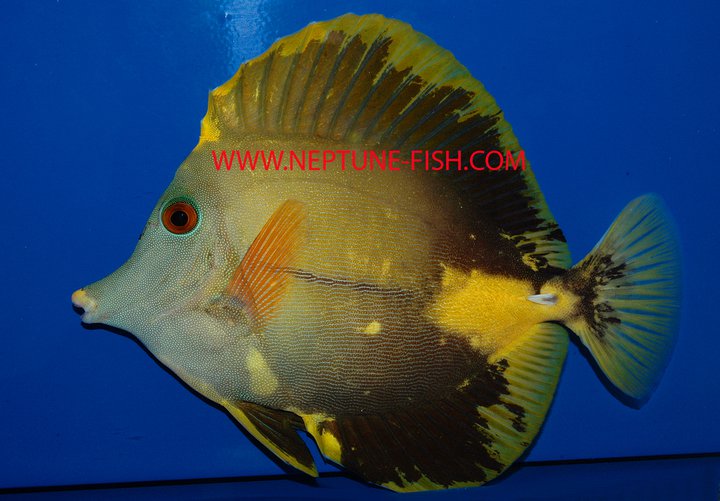 A couple of days ago, Barnett Shutman of Neptune Marine shared a handful of images of a very different looking Scopas Tang (Zebrasoma scopas). The fish obviously has a crazy blotchy pattern consisting of yellow and black all over its body, making it unusual and very appealing to some hobbyists. This coloration is rarely seen, but occasionally shows up in surgeonfish from the Zebrasoma genus. Typically, Scopas Tangs have a drab brown coloration in the tail, with a hint of faded yellow on it’s anterior half. So, seeing a Scopas with these patterns certainly makes for an interesting conversation, and one that usually boils down to a “hate it” or “love it” discussion. 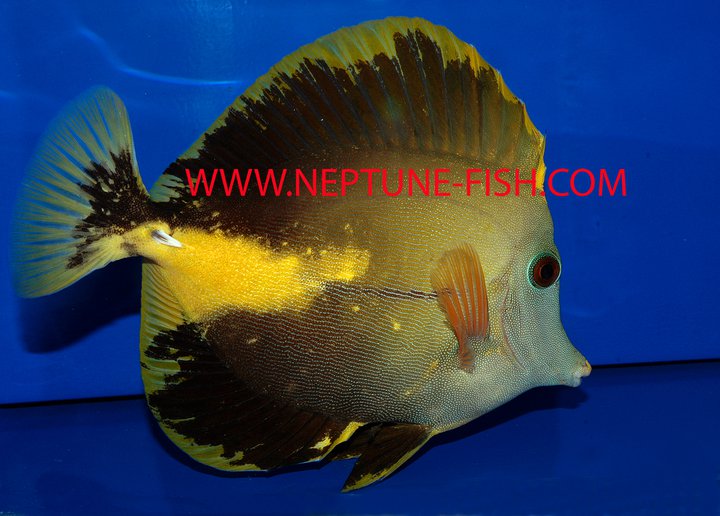 This unusual coloration is often thought to be from hybridization between different Zebrasoma tangs, but different studies indicate that it is more a product of an infection in juvenile fish that mutate the fish’s color. Every once in a while though, a hobbyist tells tales of their mutated blotchy tangs reverting back to a more normal color after they’ve been in captivity for a while, indicating that the aberrant color may be a result of diet or some other unknown environmental factor. I’m not saying either source is right or wrong, rather the causes of the unusual colors are many, with some more permanent than others.