Trending
You are at:Home»Aquarium Equipment»Nemos LED | Just Another Chinese Importer? 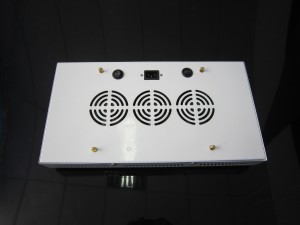 Nemos LED only has one fixture on the market so far, called the 120a, but from initial images and spec sheets, it seems to be a monster. The fixture looks much like the lights from a few other companies because, as Nemos admits, it is imported from roughly the same sources. The 120a packs some serious punch with a total of fifty-five 3watt LEDs, consuming a total of 120 watts. At a depth of 20″, the 120a hits over 220 PPFD on the PAR meter, making it ideal for even the deepest of tanks.

When I found Nemos LED, I assumed it was just another Chinese LED importer to add to the masses, but then a I looked a little closer. Their website definitely doesn’t look like most the LED sites I’ve seen. Details about components, including an option to upgrade to CREE LEDs, and PAR readings are everywhere. Their website looks more like a LED information site than someone who sells them. This got me interested to get a hold of them for some more information, so I dropped them an email and went about my day. Less than a half an hour later they called me back, and that’s amazing enough by itself. I then got the pleasure of discussing the LED industry and what Nemos is doing differently with someone who really knows their stuff. Nemos lighting has been using focus groups to plan their products so that we, the customers, get what we want and not what they think we want. We also had a conversation about how they present themselves on the web. Nemos LED is attempting to bridge the elitist gap between the beginner and the advanced hobbyist. They are not just here to make a buck; they are here to make the industry better for good. I for one am happy to see them come and can’t wait to see what they have in store for us! 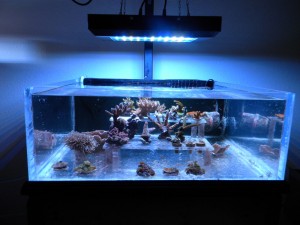 Check them out on the web at: http://www.nemosled.com/