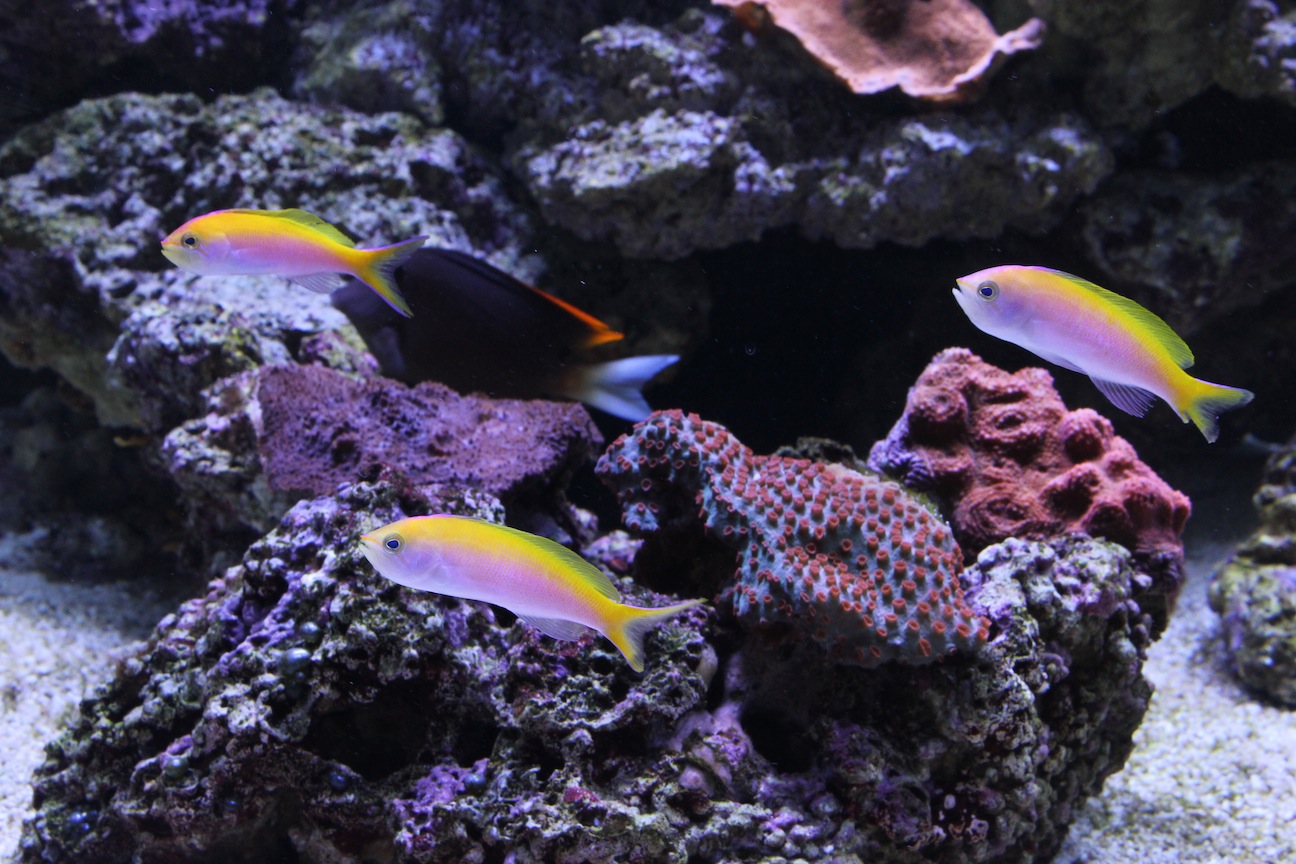 Pictured in this week’s POTW is a trio of female Bartlett’s Anthias hovering over a very large Cyphastrea coral. Luckily, from a photography standpoint, these fish don’t swim around too much. Instead, they hover around a fixed point and make small changes in their position among the group. This small group of female Anthias is without a male, but at some point a male could develop from one of the females. Think about Anthias like clownfish, but in reverse. The largest and most dominant of a group of clownfish is often a female, and she’s usually surrounded by a small group of males. Anthias are dominated by large, colorful males that have a harem of females. When the male dies or moves off, the most dominant female changes sex, unless of course another male moves in on the group beforehand.