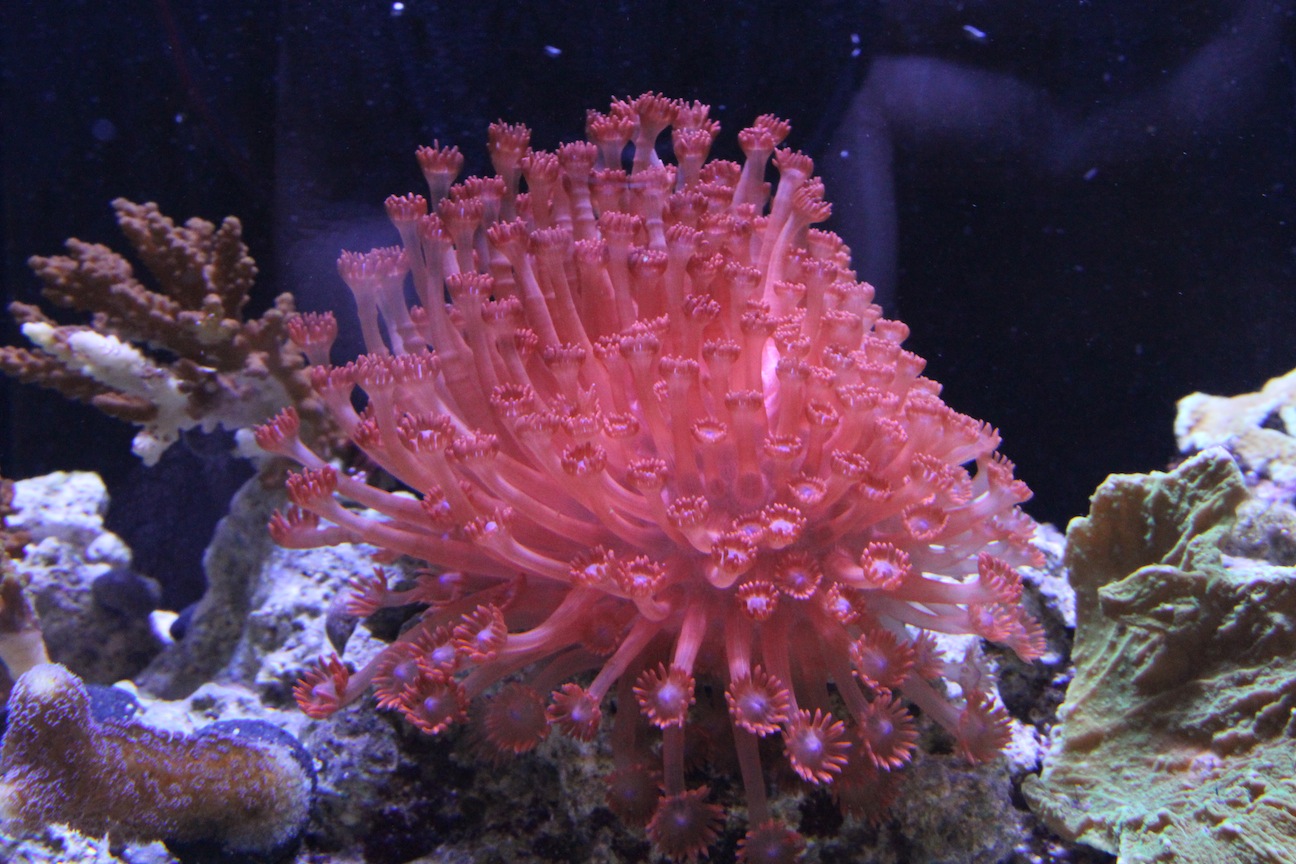 Pictured in this week’s AquaNerd Picture of the Week is a stunning ORA Red Goniopora seen at local fish store T&T Fish and Reef. This stunning coral is a relatively new offering from ORA, being available for only around a year or so, but it has taken the hobby by storm. As can be seen in this photo, the Goniopora is doing very well and has grown tremendously since it was acquired as a small frag. In prior years, the Goniopora has been one of those animals that was best left to the ocean. Imported individuals would often whither away after only a few months in captivity, yet hobbyists continued to purchase them. This of course was when the hobby primarily saw green Goniopora specimen. Fortunately, ORA responded to the popularity of these corals by offering aquacultured Goniopora that have proven to fare far better in captivity than those offered years ago.