Trending
You are at:Home»Aquarium Livestock»Stunning Rainbow Lobophyllia Shows Up at AquaWorld PSC 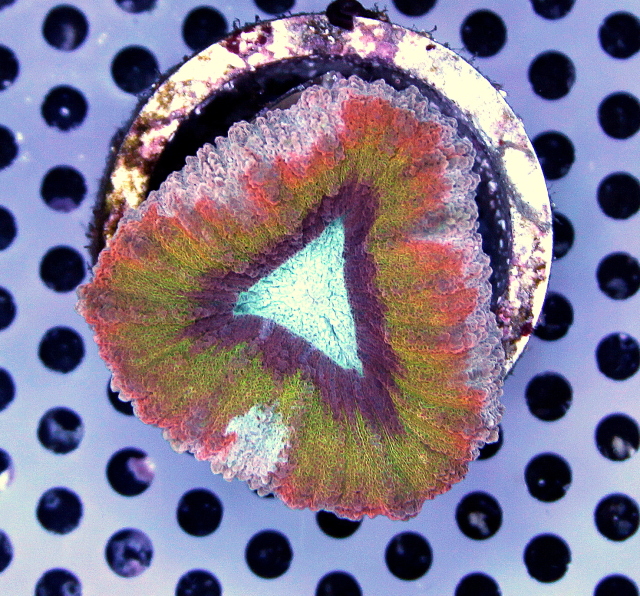 During my typical evening perusal of the multitude of aquarium forums, I stumbled across this stunning Lobophyllia coral on Reef2Reef. Aptly named the Rainbow Jawbreaker Lobophyllia, this coral obviously has some sick coloration. The “lobo” has been under the care of AquaWorld PSC for a little over a month, and after considering keeping the coral from themselves (a notion I can completely sympathize with), the coral retailer has decided to make it available to the rest of the aquarium community. The coral is a little under 2″ in diameter and has been soaking up light rays from a ReefTech LED lighting system. It gets fed Fauna Marin LPS Color+Grow pellets, which has become quite a popular fish food among LPS keepers.

If you’re curious about the name, the guys at AquaWorld PSC thought say the two-part name for this coral comes from the amazing myriad of colors that appear like layers of a jawbreaker. As for the price, the bounty on this stunning piece is $450 shipped.

Special thanks to Jeff from AquaWorld PSC for sharing this beautiful coral with us.