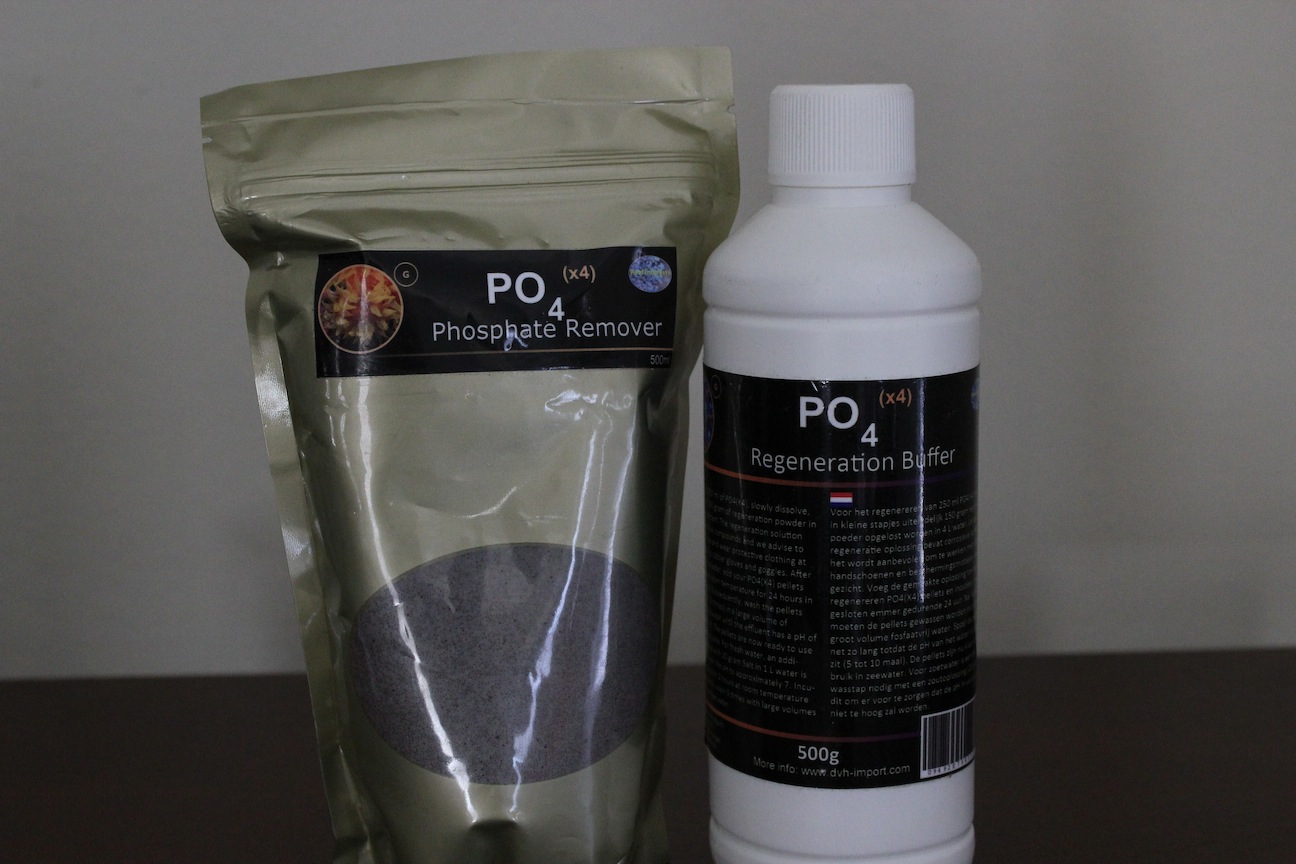 We recently got our paws on the fairly new PO4x4 phosphate remover and its associated regeneration buffer for a product review from Aquarium Specialty, who happens to be the US distributor for the product. While we are still way too early into the testing process to give up any results, we’ve decided to share a little information on the phosphate absorbing media and how we plan on testing it. For starters, the PO4x4 isn’t made of granular ferric oxide (GFO) like other media. Instead, it consists of unique chemically engineered polymer-based mini pellets. This means there is virtually no leaking of iron back into the aquarium. The pellets have a very high surface area and are said to remove 4-times more phosphate than typical GFO media. A 250ml back of PO4x4 will remove up to 3ppm of phosphate and silicate from roughly 1000-gallons of saltwater. The PO4X4 media is currently availeble in 250ml and 500ml bags and a regeneration buffer (sold separately) is also available.

To test the effectiveness of the media, we’ll take a couple of routes. For starters, phosphates will be read multiple times per day prior to introducing the media. Once we start using the media, we’ll continue on with the same sample schedule to ensure that we remove a time of day factor. For the instruments, we’ll be using a UV-Vis spectrophotometer and associated testing methods to test phosphates and silicas in water. We’ll also be testing PO4 concentrations with a Hanna Instruments low range phosphate meter and comparing its results to those of the UV-Vis. Unfortunately, we’ll only have access to the UV-Vis instrument during weekdays, but we’ll continue testing with the Hanna meter on the weekends.