Here’s a little eye candy for the long weekend. It’s a video of an adult male Masked Angelfish (Genicanthus personatus), which is considered by many to be the ultimate in rare deepwater angelfish. This video from SeaLifeDirect is a couple of years old, but the it’s a great clip to share nonetheless as it is one of few showing the extremely rare and pricey angel. SeaLifeDirect is a retail online fish store located in Hawaii that has plenty of Hawaiian gems for sale, such as a bandit angel, flame wrasses, a Chevron tang, a Tinker’s butterfly, and even a female masked angelfish to name a handful. Both the male and female masked angels are still shown as available on their site, to the tune of $9500 and $5850 respectively, and there’s no indication that these fish have been sold. We emailed the company for an update on the fish, but we’ve yet to receive any information on these gorgeous specimen to date. 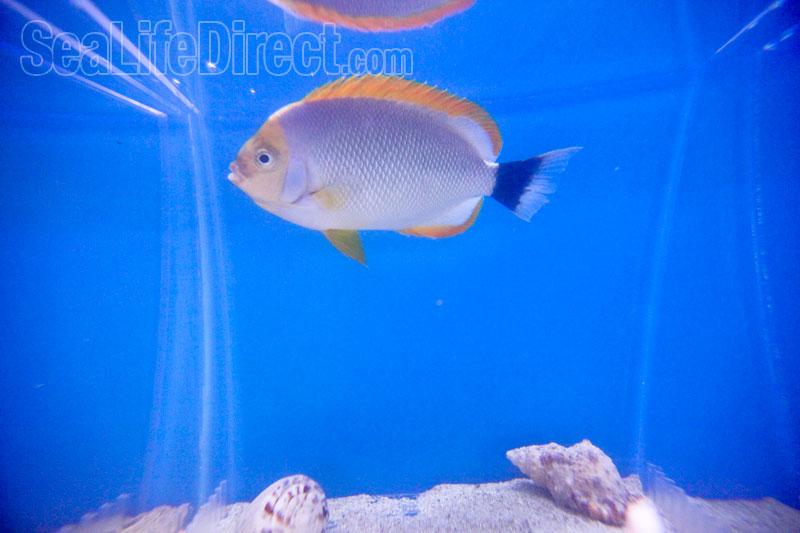 For those of you who are unfamiliar with this particular species of angel and think it’s crazy to spend just shy of ten grand on a fish, the masked angelfish is an extremely rare Hawaiian angelfish that only comes from extremely deep waters. It’s obviously very beautiful, with the male sporting a stark white coloration with hints of orange on its fins and head, and a deep black band on the tail. The female on the other hand, has a large amount of black or gray on the anterior portion of the head. I personally favor the look of the female, which is unusual considering the males are supposed to be more colorful, but really what does it matter…it’s not like I’m getting either right?

Enjoy the video and have a safe 4th of July weekend.