Trending
You are at:Home»News»New Damselfish Species Discovered in New Guinea 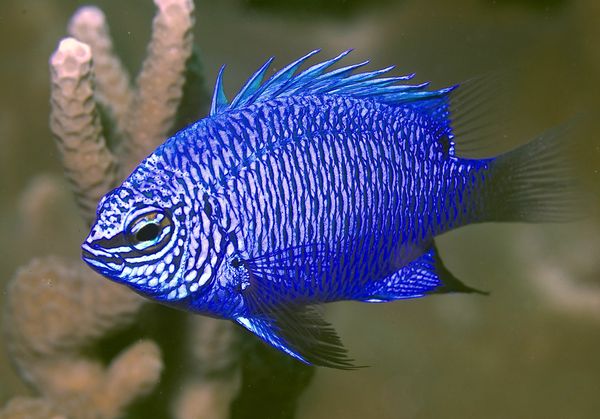 Damselfish may be the bane of many saltwater aquarium keepers across the globe, but despite their attitude and typical aggressive natures, they can be quite beautiful. The “striking” blue damsel (Chrysiptera cymatilis) seen above, is a gorgeous fish that is a also a recently described new species that was found in Papua New Guinea by scientists performing a massive ten-year survey of the Coral Triangle. Found in 1999, this damsel is just one of approximately 1,060 new species discovered by the survey. The massive joint effort by scientists in the Pacific region was headed by the World Wildlife Fund (WWF) and resulted in an average of two new species discovered per week over the ten-year span. This amount of discovery is mind blowing considering how much effort and attention has been focused onto ocean life in recent years.

The Coral Triangle, for those unaware of just what that consists of, is a large area that encompasses the Philippines, Malaysia, Indonesia, and Papua New Guinea. It is home to a countless number of species, and is recognized as the global hotspot of marine biodiversity. This region is said to contain more than half of the world’s coral reefs, almost 75 percent of all known coral species, and 40 percent of the world’s coral reef fish species.