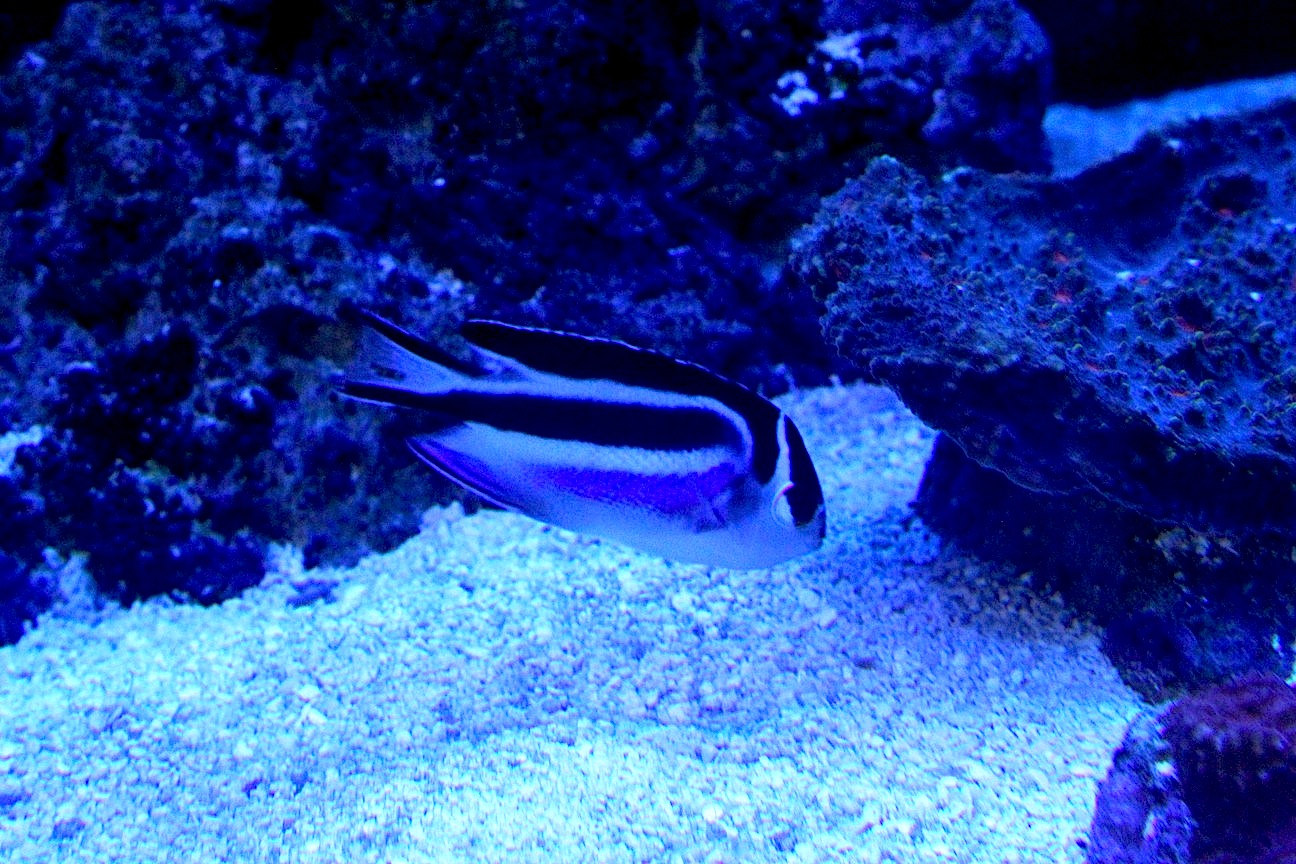 Pictured this week is a female Bellus Angel (Genicanthus bellus) seen under the actinic lighting of a massive display reef aquarium at a local fish store. The Bellus Angel is one of the few reef and clam safe angels, as it prefers a food source that is suspended in the water column as opposed to on the rock work and in crevices. The male of this species looks remarkably different, sporting almost no black bars, but instead thin yellow strips along its back and lateral line. These fish do well in mixed reef aquariums, fairing better in larger tanks over 100-gallons as most large fish do. Of course, the volume of the aquarium is irrelevant if the dimensions don’t provide plenty of swimming space.

The Bellus Angel isn’t a rare fish, but they aren’t very common either. They do show up on stock lists from various wholesalers on a semi-regular basis, but their $100 price tag usually keeps these fish confined to the aquariums at the store. Because of this, they are often special order fish, which is a shame because they are so beautiful.