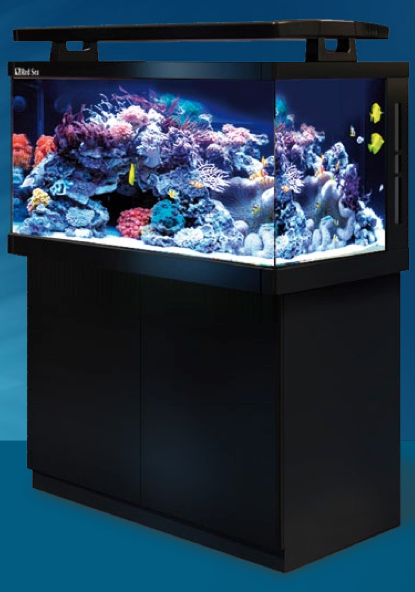 Red Sea recently unveiled a brand new line of their popular Red Sea MAX aquariums called the MAX-S Series. These new aquariums will come in three different models, including the S400 (400 liters or 100-gallons), the S500 (500 liters or 130-gallons), and finally the S650  (650 liters or 170-gallons). Besides the new sizes, the MAX-S aquariums will feature an open top, optically clear low iron glass, a 10-bulb T5HO fixture, integrated top-off, and a complete filtration and circulation system. The filtration system is made up  of a surface skimmer and drain that feeds into flow regulated plumbing and eventually into the sump. The sump will contain a Red Sea C-Skim protein skimmer, along with both mechanical and carbon filtration media. Additional plumbing is also provided if you ever decide to add a chiller or media reactors to the system down the road. 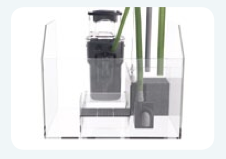 Another new feature of the MAX-S aquariums is a customizable and water resistant cabinet. The aquarium is supported by an anodized aluminum frame that is wrapped in oven-painted panels and doors that come in six different colors and can be changed with new panels at any given time. The sump compartment is lined with a durable water-resistant material that prevents spills from ruining your home.

Like the smaller MAX aquariums, the MAX-S are essentially all-in-one systems designed to house even the most difficult of livestock, though the components of the filtration system are located in a sump rather than in a chamber behind the tank. Red Sea has simply taken their very user friendly MAX aquariums and stretched them out. These tank setups are said to be available to the UK as early as September. Pricing for the systems (in pounds) are:

For more information on the new MAX-S aquariums from Red Sea, check out their brochure. 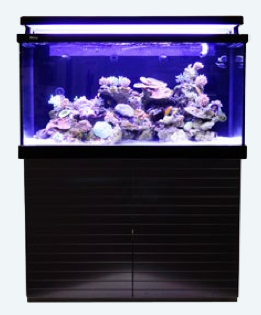