Trending
You are at:Home»Aquarium Livestock»Shell Adorned Christmas Tree Once Displayed at White House 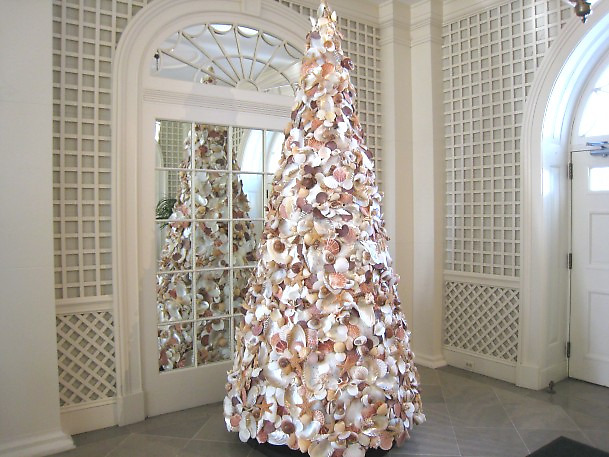 Way back in February, we shared a story about the atrocious shell trade that was, and still is, being perpetrated by companies like Shell Horizons, who claim to be the largest U.S. wholesaler of seashells and other ocean products. We highlighted that the trade is sickening to say the least and I sent a handful of emails to the company that went without reply. Over time, I dropped the issue, but I stumbled across another image on their site that again pushed me to my limits. The image is of a Christmas tree laden with sea shells, but it’s not just any Christmas tree from a random home. Instead, it’s a tree that sat in the White House in 2007. The The tree was display in the Palm Room and apparently chosen by The First Lady to highlight the nation’s seashores. To match the tree, a five-foot diameter wreath was also made of the same shells. All in all, the tree is said to weight roughly 2000lbs.

The immediate thought that popped into my head when I read “to highlight the nation’s seashores” was what better way to celebrate ocean life than killing it and putting it on display for no more than a month?