Trending
You are at:Home»Aquarium Equipment»Tunze Responds to the Water Pump Study 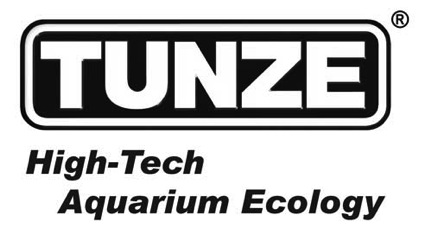 The water pump flow rate study conducted by Michael Sanford, William Straka and Sanjay Joshi and published on Advanced Aquarist has made a giant splash in the aquarium community. The results were so astounding that most hobbyists had to take a double or even triple take, as they challenged the advertised flow rates of well-known and respected brands, the most affected of which was Tunze. The primary goal of the study was not to call out any particular company on their flow numbers, but to instead find a way to accurately measure flow rates of aquarium pumps without the test equipment creating an environment that caused the pumps to perform under any additional loads such as back pressure. Despite these goals and the achievements of the study, a lot of people are dwelling on the data, and for good reason. According to the data, the Tunze Streams (models 6105, 6205, and 6305) do not have flow rates that compare to their advertised rates. In fact, the numbers are off by as much as 56% for the largest model. Tunze was sent a copy of the results prior to the article being published, and they actually confirmed those results. In lieu of the findings, Tunze has released a public statement explaining how they arrived at their advertised flow rates and what they plan on doing to fix the discrepancies.

The official statement from Tunze can be read below. Additionally, a little information from Roger Vitko of Tunze USA is also provided.

According to Roger Vitko, none of the pump manufacturing companies knew their flow rates prior to the study and all of the companies used the same methods of bag testing and theoretical calculations to arrive at their figures. He goes on to state that the reason the flow rates of the Tunze pumps were so different is due to the intake structure choking the flow. He further explains that just by removing the front cover of the pump, flow rates increase by 20-35%. Because of this, the front cover will be redesigned and will be retrofittable to all existing Tunze Streams for a nominal price. Wrapping up our discussion, Roger told us that Tunze will work to improve water flow and the company will be better for this. Many tests have been performed and new molds have been created, and he expects to see the changes by the end of the year.

Where did we get our flow numbers?
We derived our flow numbers in two ways, by a test termed a “bag test” and by theoretical calculations. The bag test is just as simple as it sounds, a collapsed bag is placed over the end of the pump and inflated by the pump with water, the time to fill the bag is measured and the flow is calculated. This method has definite limitations, it places backpressure on the pump, and it cannot be used on larger pumps given the limits of bag volume and reliable timing. For all pumps a theoretical calculation is made based on propeller surface area and rotation frequency.
Our bag test results are consistent (within + or – 10%) with theoretical results on the pump models 6015, 6025, 6045, 6055, 6065 and 6085. This led us to rely on theoretical numbers. The biggest pump that a bag test can be performed on is the 6105 and the inaccuracy of flow numbers on the 6105 has a different origin than 6205 and 6305 inaccuracies. The 6205 and 6305 flow numbers were only based on theoretical calculations. The 6105, when released, was near specified flow and was bag tested with a result of 90% of theoretical, however, later modifications to reduce noise relied on theoretical flow numbers and flow was lost to these modifications. On models 6205 and 6305 the fundamental issue is that the theoretical flow cannot be reached due to overly constricted intake and output.

Going Forward.
Over the next 6 months we will perform numerous tests aimed at improving our pumps. We believe pump volume alone does not equal effective flow, the ability to direct that flow is also important. In much the same way as the light available from a bulb means little if it cannot be properly directed into the aquarium, the flow rate at a pump is not as important if there is not sufficient flow at the corals.. We have since purchased two flow meters, one uses comparable sonic technology and the other uses a propeller akin to a common wind gauge and while we have found that using the comparable meter and methodology our results are the same. We have also found the propeller based meter gives divergent data, this data indicates that our more forceful targeted flow draws in current as the distance from the pump increases and that our total flow produced may be well higher than the flow of the pump itself. Use of a different methodology may very well give the opposite results, but this does not dispute the results of this study, it will only show that flow is complex and has numerous aspects which we are only beginning to understand. At this point we conclude that the study is correct for the flow produced by the actual pump itself and we will improve the pumps in a retrofittable manner, though this will take time as new parts must be designed and produced. Improvements will be based on increasing intake surface and reducing output restrictions on models 6205 and 6305 and increasing rotational speed for 6105. We would like to thank Sanjay Joshi, Bill Straka and Michael Sandford for performing this study, graciously informing us of the results and giving input on proposed solutions. We believe it is a step forward in uncovering many of the mysteries of high volume, low pressure flow which until recently was nearly impossible to quantify.

We applaud the fact that Tunze is taking responsibility and admitting that their methods of determining flow rates was inaccurate. Tunze is a great company and we love their products and customer service. We have high expectations for future generations of their Stream and Nanostream water pumps and hopefully hobbyists don’t knee-jerk react to the article.