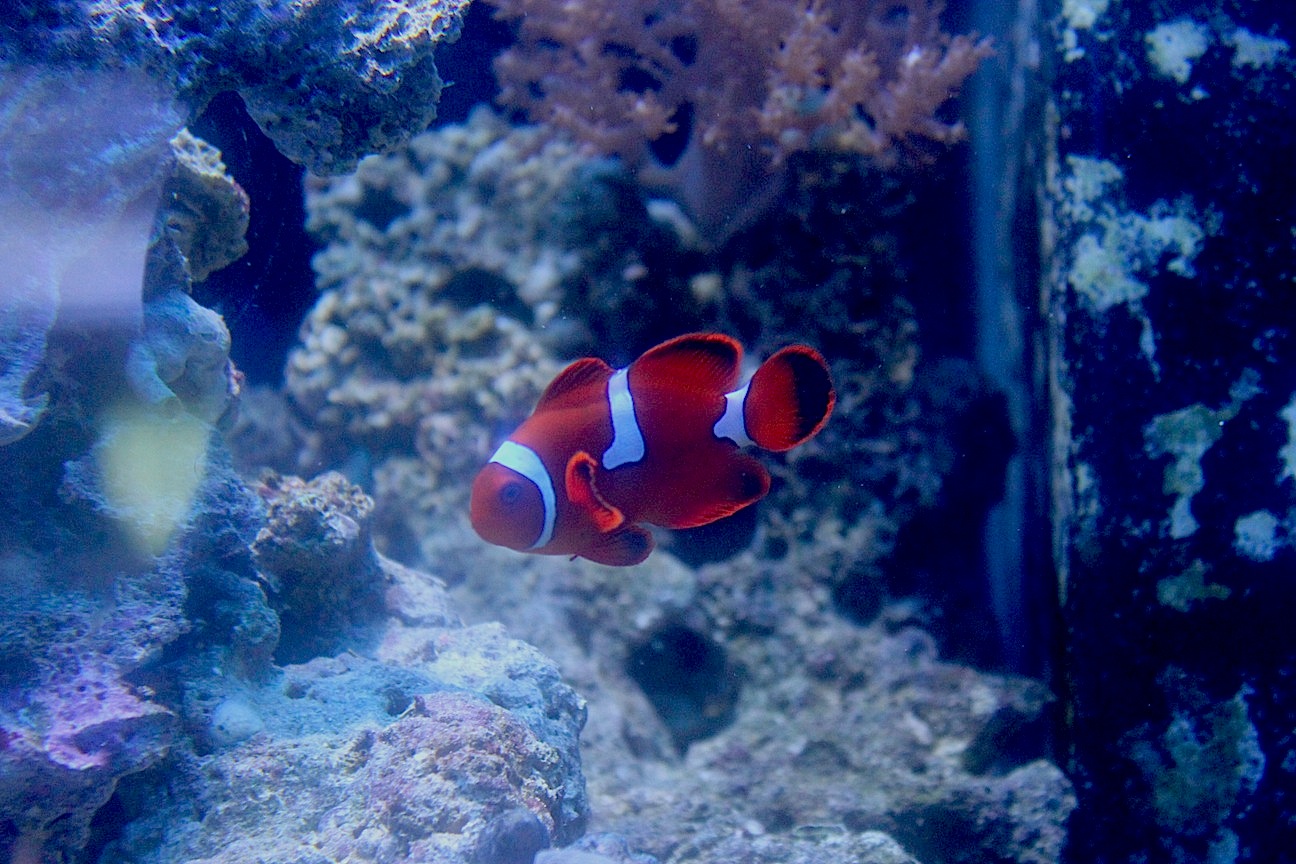 A couple of weeks ago, while drooling over the livestock at a local fish store, I came across this unique looking misbar maroon clownfish (Premnas biaculeatus). Admittedly, this fish isn’t the most striking maroon clown that we’ve come across, especially given the wild patterns coming out of Papua New Guinea, but I still found this fish unique enough to share. As evident in the pictures, the middle bar stops about halfway down the fish’s side, jutting out ever so slightly where it terminates. The stripe on the caudal peduncle, or the area just in front of the tail fins, is also bulging outward in a very noticeable fashion. Noticing a Percula clown (Amphiprion percula) in the tank just moments before, I actually thought this fish was a Percula clownfish as well. The misbarring and vibrant orange coloration (difficult to judge in the images) make the fish look like an unassuming run-of-the-mill Percula, which it obviously isn’t.

A couple more images after the page break.

Again, the stripes on this fish are not extraordinarily rare, but given the fact that misbarring normally occurs among captive-bred Ocellaris (A. ocellaris) and Percula clownfish, I could appreciate it’s uniqueness. I also assumed this fish was captive-bred because of the stripes, but that has yet to be determined. Upon talking to employees, I eventually discovered that the fish belonged to a customer and was not purchased through their store. They did not know if the clown was bred in captivity or wild-caught, but we’re in the process of getting in touch with the owner of the fish, who hopefully remembers. It would not surprise me if it was a wild-caught misbar maroon clown, as these also show up every once in a while. Regardless of the source, the small clown is gorgeous and unique. 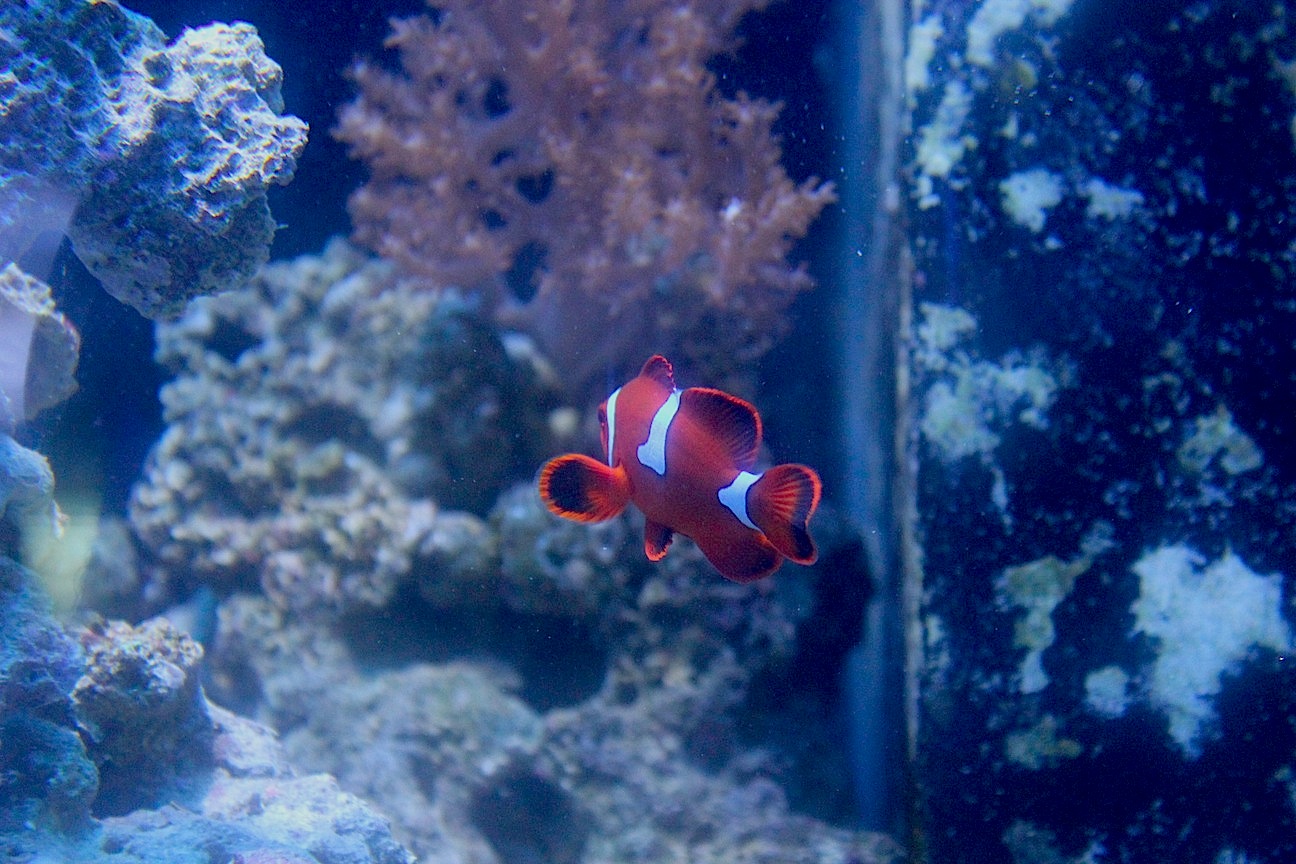 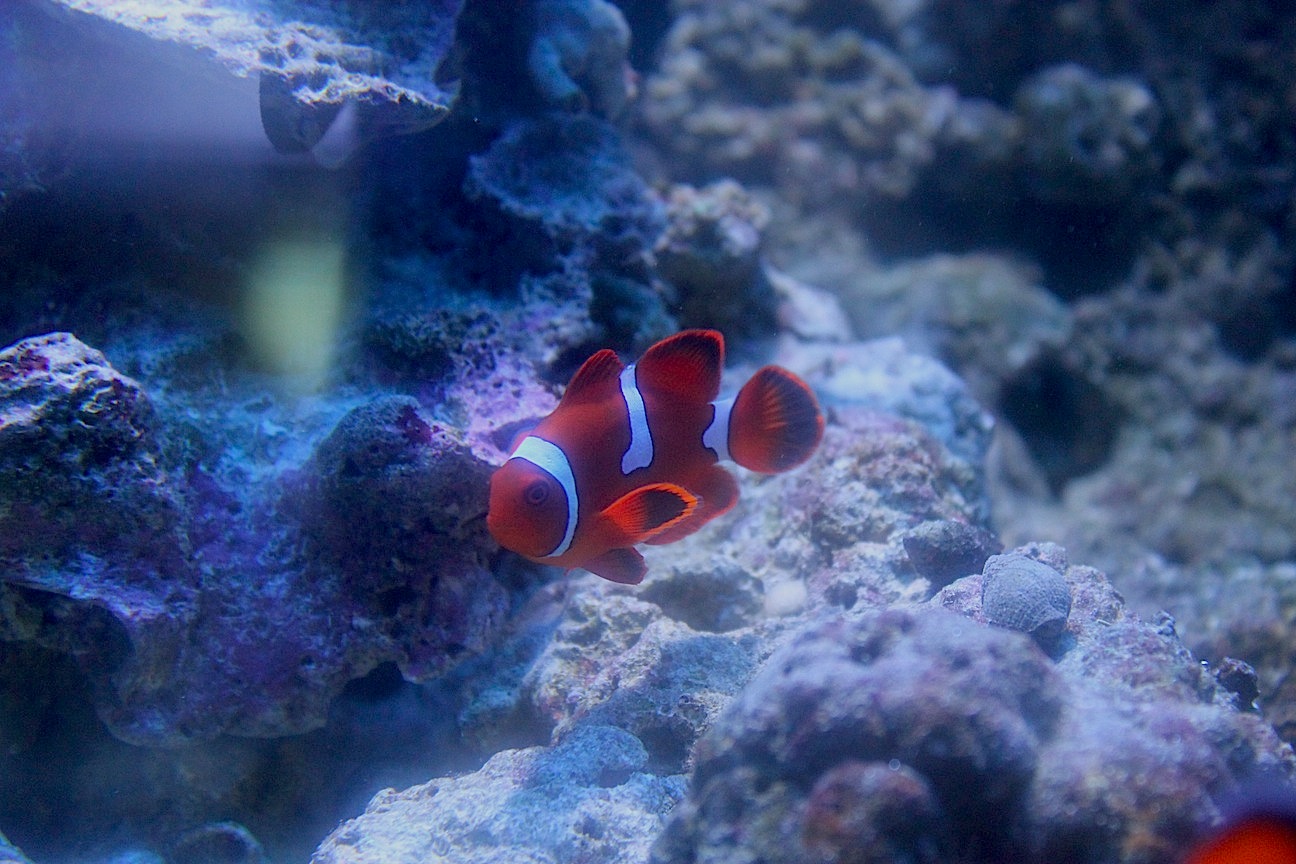