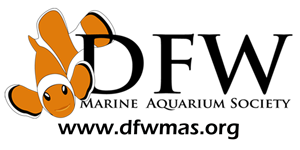 Even though MACNA 2011 is still a few weeks from officially happening, it seems the secret location of MACNA 2012 has already been leaked. According to Reef Builders, next year’s Marine Aquarium Conference of North America is heading to Dallas and will be organized by one of Texas’ best reef aquarium clubs, the Dallas Fort Worth Marine Aquarium Society (DFWMAS). When we first read about the news, we were excited yet skeptical due to the fact that the link to the MACNA 2012 website led to a rather unusual web page that didn’t have the same style URL that previous years’ conferences used. Fortunately, we’ve managed to “confirm” the location of next year’s event through a reliable source, but higher ups within the DFWMAS organization are keeping quiet and have only stated that nothing can officially be announced until this year’s conference gets underway. They are contractually obligated to stay quiet, and I can understand their sticking to these rules because I wouldn’t want to lose MACNA for my club either, assuming it would come down to that if people on the inside were squawking. So for 2012, expect DFWMAS to be extremely busy with both the recently announced/rumored MACNA and their already annual NextWave event that we all love so much. For more leaked details on MACNA 2012, Reef Builders has a little more information such as the date of the event.