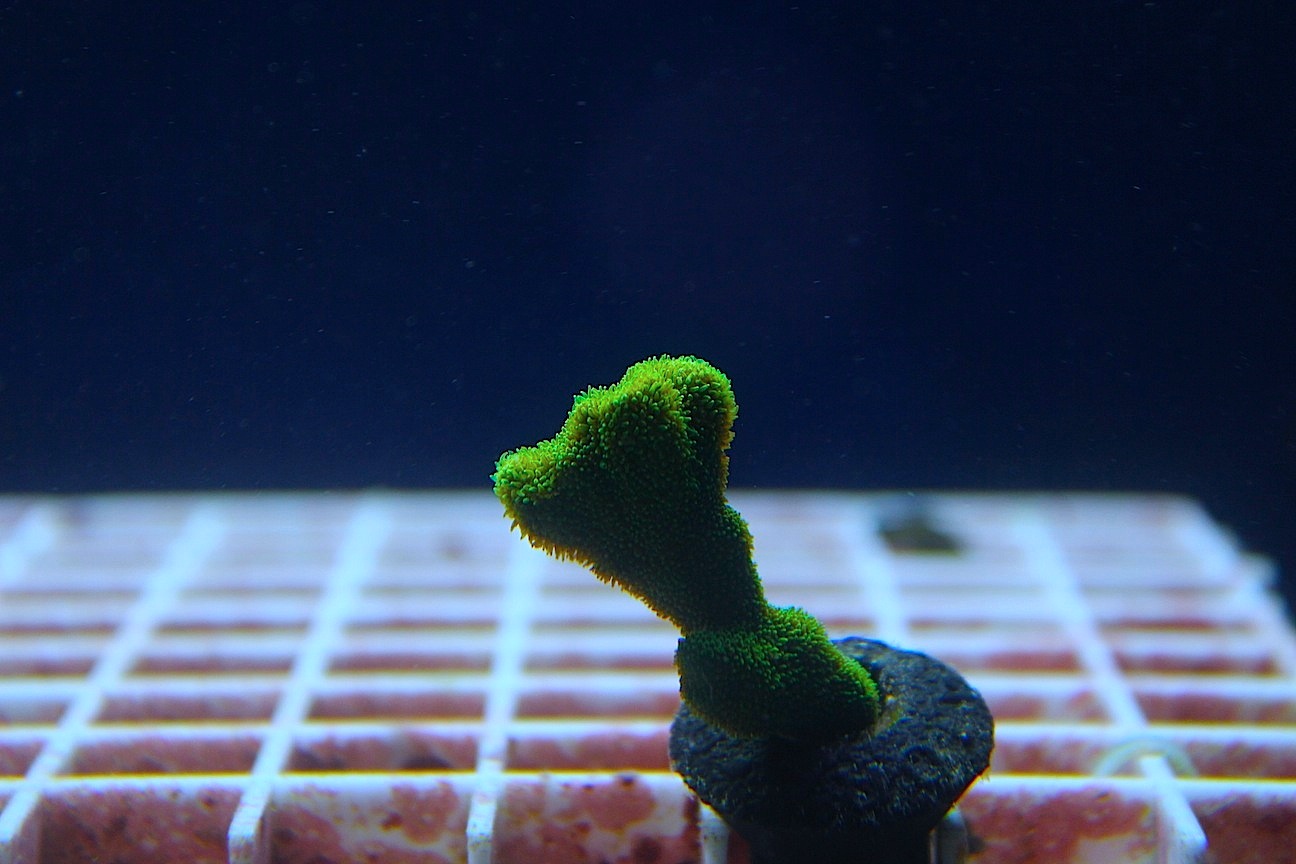 Only a couple of days ago, ORA revealed their latest coral, the vibrantly colored Kelly Green Psammocora. While most of their corals usually take a couple of weeks to trickle onto the local scene, this one showed up only days after it became available in the aquarium trade and it is likely one of the first in the Houston area. As can be seen in the image above, this new Psammocora is absolutely glowing, and this shade of green is brighter than any other green coral we’ve seen. Even though green corals are so abundant in the aquarium hobby and we try to avoid putting them into our aquariums, this coral is certainly one we could make an exception for. The price for this new radioactive Psammocora is set somewhere between $36 and $40 depending on the store, and as with all ORA frags they are quite sizable.

Special thanks to Keith at Super Pet World for letting us come by and snap off some photos of this new ORA frag. We also got a good look at the new ORA Sprung’s Stunner chalice, which can be seen below. 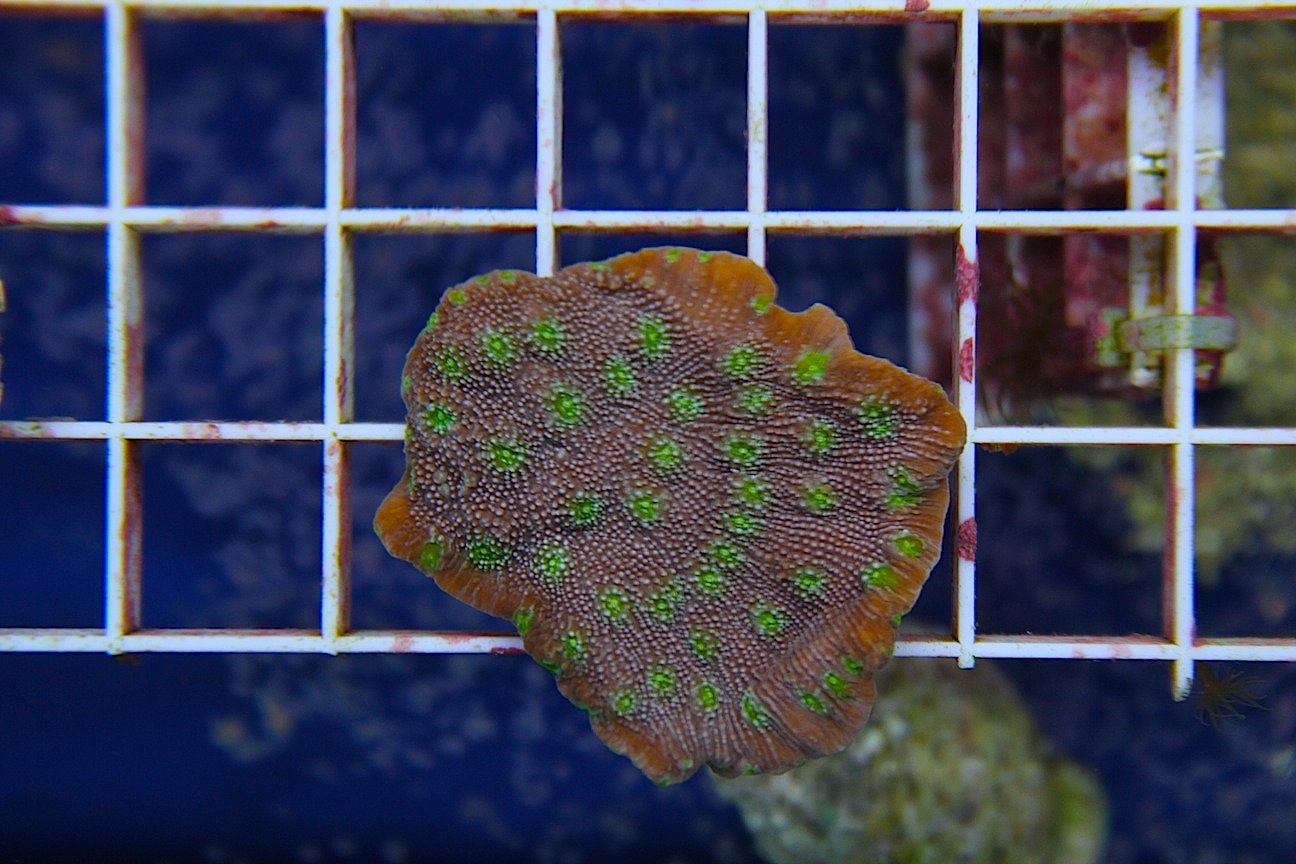